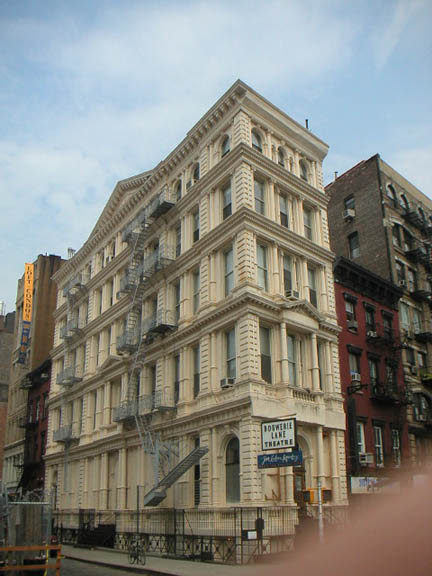 The : Designed one hundred years ago by Henry Engelbert, this cast iron building is a rare example of the French Second Empire style, and is an historic landmark. The building was home to the German Exchange Bank, then later housed the Bond Street Savings Bank. The space was converted into a theater in 1963. The old vault still exists in the basement and the box office window was one of the original teller windows.

A theater since 1963, and from 1974 – 2007 was the home of the Jean Cocteau Repertory, a leading Off-Broadway company dedicated to the classics.

It was purchased in June of this year by "Self-Storage King" Adam Goldman for a reported $15 million dollars. He plans to reside in the top floor and lease out below to "respectable" retailers.

Posted by Hillary Cohen, Development Manager at 11:30 AM