Why the hell do I love theatre so much?

This is an excerpt from the keynote speech given by Jacob Coakley, an Editor at Stage Directions, at the Texas Nonprofit Theatres' Annual Conference in 2010


"So why the hell do I love theatre so much? And how can I make you excited about theatre?...

Because when you’re onstage, everyone’s gonna love you.

Because theatre is still the best connection to whatever it is that makes us the best people we can be.

Because it’s open to anyone, anywhere, regardless of money, or where you come from, or anything else. If you want in, theatre wants you.

Because theatre has always given me more than I’ve given it. No matter what I’m doing for a show, or how much I’ve ever done for a show, I’ve always gotten more out of it than I’ve put in. And I’ve put in a lot. A lot. But somehow, I always walk off a production feeling as if I’M the one who got everything. How does this happen? It’s alchemy, it’s magic. It’s theatre.

Theatre is the most thrilling and rewarding of human endeavors. I’m honored to be a part of it, I’m honored I get to spend my time thinking about it, attending it, making it. And I’m honored you invited me here to share that passion with you. Thank you very much."

Posted by IT Foundation at 1:00 PM No comments:

"The word theatre comes from the Greeks. It means the seeing place. It is the place people come to see the truth about life and the social situation."
~ Stella Adler


“An actor must never be afraid to make a fool of himself.”

Posted by IT Foundation at 1:23 PM No comments:

“Love art in yourself, and not yourself in art.”
~ Konstantin Stanislavski
My Life In Art

Posted by IT Foundation at 1:20 PM No comments:

Why do we love theatre so much?

Broadway World asked its readers "Why do we love theatre so much?"


The first four notes of Gypsy

The first 15 seconds of A Chorus Line

Because there is no more emotionally shattering song than Could I Leave You....

....Except Another Winter in a Summer Town

Because there really is no day but today

Because now I know people love you and tell you lies

Because of the way Bob Fosse moved

Because Yul Brynner really was Something Wonderful

Because who else but Patti could ever be Patti

Because Richard Kiley dared to dream the impossible dream

Because One Day More still stops my heart every time


Posted by IT Foundation at 4:18 PM No comments:


To become a member of the NYC World Theatre Day Coalition email info@nycwtd.com. All NYC WTD Coalition Members are asked to:

In exchange for joining the Coalition, we will list and promote your organization on our website, in our tweets, and on all of our promotional materials. Last year, we had thousands of hits on our website and we distributed hundreds of flyers.

Posted by IT Foundation at 3:32 PM No comments:

LOVE on the Boards

We dedicated February to our favorite valentine, Indie Theatre, and all the ways that we love it.

There is a great article written by Bill McMahon about how Karen Sternberg and David Ian Lee met and fell in love while working Off-Off-Broadway.

Do you have a love story? Did you meet your special someone while hanging out backstage or in a rehearsal room?

We want to hear about it.

Or share a link to a photo of you and your honey.

Posted by IT Foundation at 2:38 PM No comments:

How Do I Love OOB? 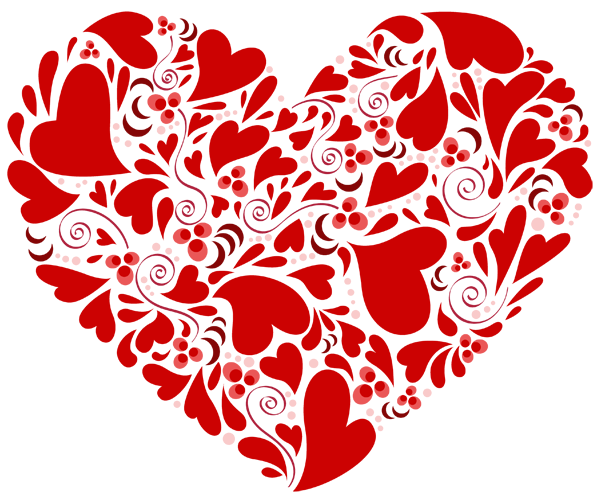 How do I love OOB? Let me count the ways.
I love OOB to the depth and borough and house size
My soul is well met with kinship and allies
For the vision and drive of the muse’s grace.
I love OOB for miracles conjured in cabarets and cafes
Most intimate, be it illuminated by Fresnel or candlelight.
I love OOB gratefully, as the lost granted insight;
I love OOB joyously, as a production given a critic's praise.
I love with a passion of my enthralled youth
In my old daydreams, and with grad school faith.
I love OOB with a love of an audience amused
With comedy of threes, -- I love OOB with Uta like breath,
Smiles, tears, of all my life! -- and, if Dionysus choose,
I shall but love OOB for a life exceedingly blessed.

Special thanks to Elizabeth Barrett Browning

Posted by IT Foundation at 9:30 AM No comments:

We asked artists working Off-Off-Broadway to tell us why they love their community. Here are some of their answers:

"The community. People who like to play together and support one other's creative efforts. It makes me happy." ~Al Pearsall

"I love that both off and off off productions can, in some respects, take more risks. They can present new material or find innovative ways to present 'classics.'"  ~Jenny Herdman Lando

"Risks that pay off!"  ~Tamara Rose

"I Love Off Off Broadway, especially when my Son's show is on stage !!!!!"  ~ Paul Jerabek

"It gives a chance for new works.. As Broadway moves towards producing movies that sold well as films..."  ~ Richard Cameron

"I like the 'anything goes' vibe, which makes finding more diverse POVs/artists easier."
~ CrossroadsPlays ‏@XroadsTheatre


We want to hear from you. Why do you love Off-Off-Broadway.

As someone who worked Off-Off-Broadway and understood the community, Philip Seymour Hoffman was an artist the IT Awards wanted to get as a presenter from the very beginning. Each year we would send the request, and each year his assistant would try to work something into his schedule but – especially after he won the Oscar – he was always busy filming or in production. I just knew, however, that eventually schedules would match up, and we would be able to make it happen.

The only actual encounter I ever had with Mr. Hoffman was at a Starbucks in the Village. It is difficult sometimes for me to introduce myself to people and start conversations, especially if I have an agenda. I feel awkward and inappropriate, which only ends up making the conversation feel awkward and inappropriate. Jason Bowcutt, on the other hand, is a genius at talking with people. He can talk to anyone about anything. He has tried, on more than one occasion, to teach me how he does it, but I simply do not have his skills. So when I saw PSH in the Starbucks I could hear Jason echoing in my subconscious: “Seize the moment. Be confident and just talk with him. He’s a theatre creator just like you.” I screwed my courage to the sticking place, grabbed my business card and approached him… I didn’t so much introduce myself to him as I… orally attacked him.

I pretty much just yelled at him, very quickly, for two minutes, then stuffed my card into his hand and ran away. He was nice. He smiled patiently and shook my hand and nodded and looked confused.

When hearing about the encounter later, Jason asked me, “What did HE say?”

“Um, nothing," I answered. "I didn’t really give him a chance to talk.”

Jason laughed and shook his head, “You probably scared him.”

When I look back on it, it was such an embarrassing, clumsy moment for me. I can’t imagine what he thought was going on. This crazy, six foot tall woman, who maybe knew a little bit too much about his life, just verbally exploded at him while he was trying to buy biscotti and then disappeared.

You’ll be happy to know that I did learn from the encounter and have since finessed my approach when talking with potential presenters.

I was so sad to hear about Mr. Hoffman’s passing because I admired him so much. He was an actor who made incredibly brave choices and had an uncommon ability to reveal a humanity that was fragile and weird and deep and beautiful. I will miss his insight and his work.

"It's important to say that actors can't act alone, it's impossible. What we have to do is support each other."

Posted by IT Foundation at 9:51 AM No comments: