We are excited that this week's guest blogger will be Stephen Bittrich. 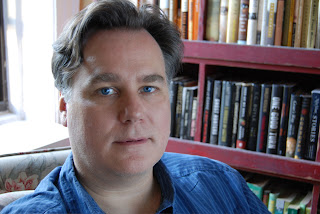 Stephen Bittrich is a playwright/screenwriter/actor who has had over 30 of his plays (one-acts and full-lengths) produced on the Off Off Broadway scene.  He’s had several plays published over the years (Smith & Kraus, NY Theatre Experience, Dramatics Magazine) and just sold a screenplay based on his play Healer to an indie film production company.  Currently he is the creator/writer of Off Off, a new webseries about 4 guys in their mid-40s who run an Off Off Broadway theatre and begin to question if they’ve passed the age when doing so is still sexy.  Off Off is a webseries for people who NEVER give up on their dreams.  For more details visit www.OffOffWebseries.com or www.StephenBittrich.com.

Posted by IT Foundation at 1:04 PM