An Ode to the Independent Artist 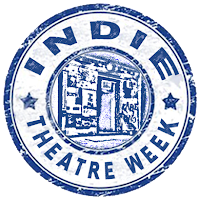 There is nothing more inspirational than the spirit of the independent artist. They hold down two or three jobs at a time in order to quit one in case they book a show that doesn’t pay anything. They will stay up through the night applying hot glue in ways never before conceived to build a prop. They will spend weeks contemplating a redraft of a scene; fearing its ineffectiveness and loss of social resonance if it had one less alien character in it? They will spend a year raising money to produce plays outdoors when there is an almost certain chance of cancellation due to inclimate weather.  Why?  Why do these things?  Why live this way?  Because they must.

Independent theater artists are guided and driven, perhaps divinely, by an incomprehensible need to create.  Deep impulses constantly stimulate their imagination. They are passionately moved to such an extent that if they chose to negate, or not answer “the call” from these urges they would suffer a loss of self-identity.  Therefore they honor this vitality by obeying this need through the manifestation of their craft.  They shun convention.  Their methods are illogical. Their choices, at times, unethical. The compulsion of their desire is their compass.  They have no choice.  They must. 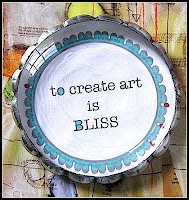 But where can the artist find fulfillment for their vision?

The independent theater of Off-Off-Broadway.

Commercial and nonprofit opportunities for new plays in New York (and affordable ones at that) have become a rarity.  Regionally, there has been a growing trend for nonprofit theaters to produce tried-and-true standards in order to appease their boards with a healthy box office.  Atoning for this, Off-Off-Broadway has given independent theater artists, especially playwrights, the freedom to fully realize their artistic vision. The work happening Off-Off-Broadway is made by people who aren’t waiting for someone to tap them on the shoulder and anoint them.  They are doing it.  Mounting new and classic works at spaces such as HERE, The Brick, Under St. Marks and going into the parks, parking lots, and porches as they extend the boundaries of their imagination.

What is truly fascinating, and a bit ironic, about creating independent theater is that it thrives from the collaborative support of a dedicated community of artists.  It could be said that actors, stage managers, directors, playwrights, designers, and producers and are all one degree away from each other in Off-Off-Broadway.  They share the same spirit as they share their resources to accomplish their goals; such as the BFG collective pulling their resources in order to have each of their seasons realized at The Secret Theater.

However, there is one essential relationship, above all, which validates the independent artist’s work.  The relationship with their audience.  People from all distances come willing and curious; seeking to be enlightened, moved, shocked, and amazed. They search the plethora of shows on nytheatre.com to choose one that sparks their interest.  Like the artist, they seek out productions as if following a muse; anticipating not only the promise of an entertaining story, but contemplating how, with what alchemy, will it unfold.

This shared connection fulfills the artists need to have their work realized. For there is no greater inspiration to an artist than having an audience.  This, in turn, prompts them to create more work.  Because they must.