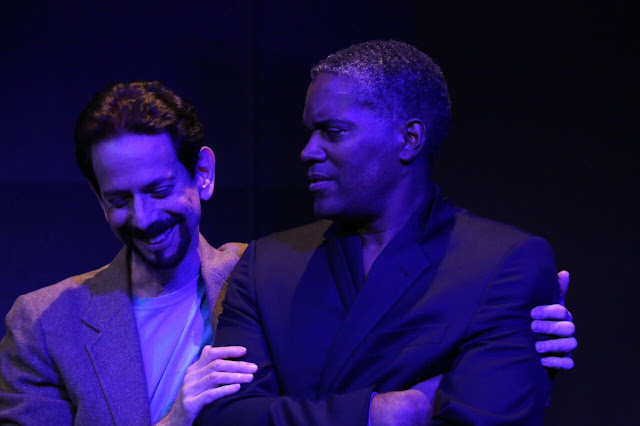 About the Production
The Workshop Theater's mission is to develop and produce “new American plays and musicals that transport, challenge and surprise both artists and audiences.” Scott C. Sickles’ play, Composure tells the story of “an ill-timed college production of Romeo & Juliet leads to a modern-day star-crossed romance between two men whose past tragedies suddenly encroach upon the present.”


Director Fritz Brekeller and Playwright Scott C. Sickles talk about creating this piece that Sickles calls a “resonance of loss.”


What attracted you to this work?

Fritz: I love the writer, Scott C. Sickles, work and was excited to do a love story about two gay men finding love for the first time - in their late 40's/early 50's.

Fritz: Our hardworking cast made magic happen in a very short rehearsal process.

Scott: My favorite part of working on this production was collaborating with director Fritz Brekeller on the script. Fritz is not only a masterful visual storyteller who elicits beautiful nuanced performances, but he's also a *magnificent* dramaturg. He has great instincts about story structure and how to shape the details of your narrative to get the maximum momentum and impact. He also has a clear and direct way of communication that I respond well to. There's no B.S. At the same time, he's great to experiment with on scenes and ideas.

I also have to say that while the play was in performance, my favorite thing to watch was "Scene 10" -- a series of short scenes depicting the central relationship of the play evolving over a week juxtaposed to another character giving a lecture about a painting of Romeo and Juliet saying goodbye on the balcony. Fritz staged that segment with great elegance and depth. It really brought out the best in the writing and, if I'm being honest, obfuscated a couple of rough spots in the script.

Scott: I describe Composure as a play about the resonance of loss. Each character is confronted by difficult events in their pasts -- some as recent as a year ago, others from decades ago. One of the lead characters, a theater director named Fletcher Driscoll, suddenly finds himself facing a man with whom he had a toxic relationship thirty years prior when they were in high school, as well as the physical, emotional and sexual abuse that comprised the bulk of that relationship.

Those events, while fictionalized for the context of the story and character, are taken from my own life. Much like Fletcher, I hadn't had to think about those events this closely in a long time. Even while I was writing the earlier drafts of the play, there was a narrative distance between my memories and me. But when an actor is standing on stage telling a version of an intimate trauma that actually happened to you, suddenly it all becomes vividly real. As a playwright, you have to approach it as a storyteller -- this is not about what happened to me, it's about what happened to him. 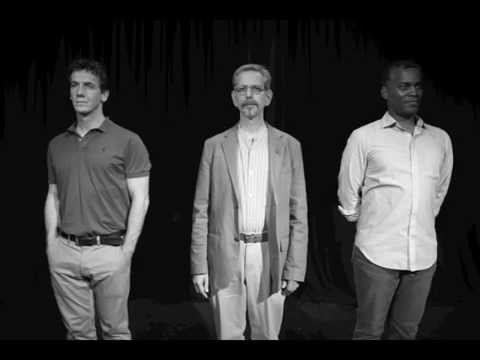 What was the craziest thing that happened during this production?

Scott: One night, our lead got sick and couldn't do the show, so we had an "understudy" go on for him. By "understudy," I mean an actor who had done a couple readings before who was also helping oversee this production who had not in any been preparing for this eventuality. But we had a full house and, since we had someone who was familiar with the play and had seen the production a few times, well... the show must go on! And it did! The director and the cast did a walk-through of the first act with him before we opened the house. During act one, Fritz would give the "understudy" direction then send him out on stage. While the scenes were going on, Fritz was marking up the act two blocking in the act two script. It all went great! The audience enjoyed it. It was the most exciting night of theater I've ever had (at least at a play of my own).

Scott: The best thing about working with the WorkShop Theater Company is that while we develop a lot of new plays and have a strong devotion to dramatic structure, the focus is always on encouraging playwrights to find their voices and tell the stories they want to tell. It's a developmental company's job to guide writers to find the best ways to tell those stories and I feel that when I got notes and suggestions, I was never being dictated to. Rather, I felt that artistic director Thomas Coté's mission was to inspire me to go deeper, make stronger choices, and really dive into the lives of the characters.