Go Beyond Your Borders

x
Contributed by guest blogger of the week, Judith Malina.
Since 1961 – When The Living Theatre began its European Tour, we have been concerned with the climate of international experimental theatre on both sides of the Atlantic.  The love and appreciation of innovative theatre is surely most fertile on the Italian Peninsula, and while The Living Theatre has performed in every Western European country, it has found its deepest understanding and hospitality in Italy.

We were first invited by The Theatre de Nation’s in Paris, that wonderful festival which annually brought together theatres of many many nations – European, African, Asian, with conferences, fringe festivals and encounters of all sorts; that furthered the dialogue between theatre people of varying cultures + many languages…

From there we began our work in Italy + Europe + eventually even in Brazil, where we were invited during the military dictatorship and when no experimental theatre was permitted.  In the early 70’s, The Company quickly studied Portuguese and went to Sao Paulo + Rio de Janeiro + then settled in Ouro Preto, where we performed clandestine theatre until we were arrested while rehearsing a play for children called Six Dreams about Mother.

In one of Brazil’s notorious torture prisons, we served 70 days (though – believe it or not we even did some potent prison theatre there) till international publicity got us liberated.  The prison we were confined in practiced terrible tortures + when we left we asked our jail - mates how we could best help them and they said ‘show them how it is here.  Tell the world what they do to us.’

Out of this request came Seven Meditations on Political Sad-Masochism in which we not only portray the inhuman forms of torture practiced then in Brazil (not currently) but also today in many other parts of the world, including these current Middle Eastern revolutions; but we make our premise the relations between the ownership of women by men as the model of our political, social, educational and legal and military structures.

We have performed the play in Italian, French, Portuguese, Spanish and German….among others, also with the help of skillful translators in a dozen other languages…

We are reviving this play in New York City, where it will open March 15th, as part of Culture Project’s Women Center Stage Festival.

The Theatre unifies the world, our work is an example of the multiple possibilities of transcending national, lingual, and cultural boundaries.  We urge other companies to go beyond their borders + work with theatre people + audiences of many places! 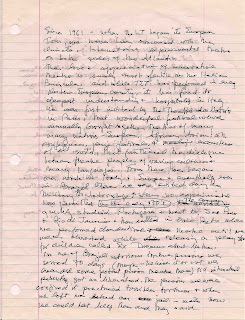 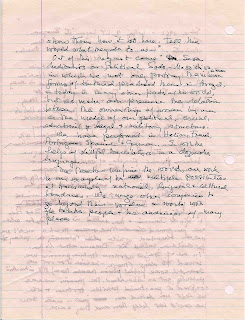