Fear and the Career

I first started acting at the age of three as the cow in Jack and the Beanstalk–my one line was “moo”–and the ensuing decades where I’ve continued to throw myself onstage have rewarded me with insight, adventure, joy, pain, embarrassment, a little money, a modicum of infamy, and even an IT Award (playing a chicken with the lines–and I’m paraphrasing here–“Bawk, cluck, cluck.”) I’ve been at this calling for over thirty years and have made it a career for over twenty; though I’ve only really enjoyed it for the past 3 or 4 because I’ve begun to realize that it’s not really my work that defines me or even which discipline I choose to perform that defines my career; a career is an extension of me: my appetites, fantasies, questions, and fears. The more I run toward the ideas that scare me, the more satisfying my experiences are.

The most unhappy, unproductive times in my life were when I was afraid to change. I had begun to grow away from my day job, theater company, marriage, and hobbies but was so scared of the unknown that I stayed. And stagnated. And was miserable. The catalyst that sparked an avalanche of unavoidable change was when I refused a role. I believe my exact words were, “I can fuck a pig blindfolded with my hands tied behind my back. I want to play an SAT tutor instead,” (wtf is it with barnyard animals??) and thereafter I lost all the stability I thought was keeping my life running. But I soon stopped crying, looked up, and noticed that I was still very much alive. No job, company, partner, home, or routine, but totally alive and no longer paralyzed in unhappy places.

Thus began an era of Yes; any ideas I wanted to try I said yes. Everything inside me would yell No–and assorted other bullshit like “you’re not talented/young/attractive/connected/likeable/strong enough!”–but I would do the work anyway. I have lots of desires and weird little notions and I began to say yes to all of them even though those nasty fears kept screaming gross things like, “Jack of all trades, master of nothing,” and “you’re going to starve” and “no one will like you.” I had an innate knowledge that facing the fears could be the only option because I’d tried obeying them for so long and had found that tactic to be…quite literally depressing.

So I began to play music, write, speak, model, audition, dance, produce, sing, host, book, joke, edit, coach, etc. etc. etc. and….some of it sucked and some of it was brilliant. One time all my props, costume, (and almost my mind) broke in the middle of an act. I cried (alone) but didn’t give up. A few months later, my friends exited the theater yawning. I frowned and went back to work. Still months later, I had people approaching me saying they had never seen anything like it before and were thoroughly entertained to the point of wanting more. Oh, it felt so good. 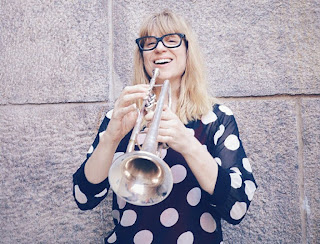 Six years ago my dad made a speech and ended it by saying that “Jenny flips life upside down and shakes it to see what will fall out of its pockets,” and at the time my response was “psshaw” (or a variation on that theme) because I knew I was half-assing it; skimping on the shakes for sake of validation or permission or assurance or something that I know now will never be given to me. I’ve since stepped up the shaking and the “yes”ing and the risk taking and am happier than I ever thought possible. Facing the unknown has made me a better actor by one million percent and given me such confidence and surprising opportunities. I’ve danced both on and backstage with rock ’n roll royalty; provided the soundtrack for an illegal speakeasy inside of a water tower in Chelsea; screamed my lungs out to a crowd of a dozen or so thousand people in the south of France; strutted onstage wearing nothing but high heels and a smile in Brooklyn; entertained a plaza of ridiculously happy children in Bogota, Colombia; played for drunken revelers on a pirate ship in the NY harbor; and through it all have confronted fears and doubts because therein lies the unique, the enthralling, and the new.


Jennifer Harder first started acting with the Flint Youth Theatre in Michigan. She received a BFA from NYU Tisch School of the Arts, where she studied at Lee Strasberg Institute and with faculty of Trinity College in Dublin, Ireland and has worked with companies including chashama, 29th St. Rep, Target Margin, Les Freres Corbusier, and on tour to the Capital, Dublin, and Montréal Fringe Festivals as well as the Ibero-American Theater Festival. Jennifer was a founding member of theater company The Management and received a NY Innovative Theater Award for Outstanding Actress in a Featured Role for their production of MilkMilkLemonade. When not acting, she can be found playing trumpet with Hungry March Band and Balthrop, Alabama. She has toured and performed with pirate band Skull Buggery, clown band The Maestrosities, gypsy punks Gogol Bordello, and in her vaudeville act Bathtub Jen and the Henchmen. Jenny is also the host of radio show "Blonde Thunder Presents", available as a podcast on iTunes. www.jenniferharder.com
Posted by Unknown at 10:00 AM