For me, working in the theatre has been a thrilling and ever-changing road map. I've been down quite a few roads in my career – actor, playwright, lyricist, producer, arts advocate, and commercial theatre professional, to name a few.

It’s not unusual, though, to wear different hats over the course of a theatre career and it’s also no secret that it’s a tough industry, loaded with personal and financial risk from indie theatre on up to Broadway, and beyond. But this is partly what makes it so rewarding and exciting, right? And the industry is expanding every day – artistically, commercially, globally. You can create opportunities everywhere if you know how to look for them. 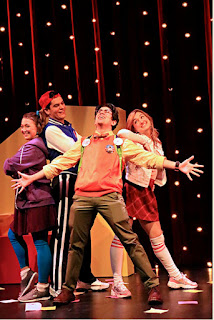 What’s been so cool for me is being part of both the indie theatre world and the Broadway world. I owe a LOT to both for giving me a wide range of knowledge and experiences. In the indie world, I’ve been fortunate to have my writing produced in New York festivals over the years, including, once again, the NY Indie Theatre One Minute Play Festival coming up this May, and I’ve learned about local politics by getting into the trenches alongside my colleagues at the League of Independent Theatre (LIT), where the fight for more financial support for the arts goes on. My interest in arts advocacy also inspired me to join my community board where I was promoted to Chair of the Arts & Institutions Committee. I continue to use that as a platform to raise awareness and to remind people how instrumental the arts are to the well being of society, both culturally and economically.

And it is at this intersection, between the arts and economics, where I now find myself. Having worked in the touring division at Broadway Across America for a number of years now, I have seen time and time again how important commercial touring shows are to keeping theatre alive across the U.S., and how “the road” feeds back to Broadway in the tourist dollars that were part of the record numbers reported for 2015. This same paradigm of the arts benefiting local economies can be found across the country. It has also been a known fact for years that artists and arts organizations help the local economy here in NYC.

The past few years have been especially rewarding for me, as I took the initiative to combine my creative writing expertise, my theatre business know-how, and my interest in the arts promoting community prosperity. I got an idea for a project that fulfilled me artistically, and that I also believed had enduring commercial potential. This project was my family musical, MAD LIBS LIVE! 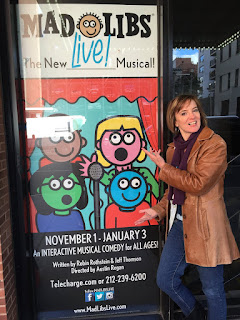 It took nearly eight years for the project to get from the “light bulb” going off in my head in my mom's kitchen to the world premiere Off-Broadway this past November at New World Stages. And while there were many challenges and unknowns all along the way, I wouldn’t trade a moment of it! What an exciting road the MAD LIBS LIVE! process has been and continues to be, as our team is now busy preparing for the exciting touring and licensing opportunities beyond our Off-Broadway run.

There will continue to be roads to choose from, but as long as I keep choosing, I’ll be on the right road, even if I end up making what feels like a wrong turn. (I’ve learned those can often turn out to be right turns in the end.) And as I move forward with MAD LIBS LIVE! and other endeavors, I can't wait to see where these next roads take me!


Robin Rothstein is a critically acclaimed playwright and commissioned book writer and lyricist whose writing has been produced in New York, across the U.S., and internationally. She is also Director of Operations at Broadway Across America and Chair of the Arts & Institutions Committee of Community Board 2, Manhattan. For more info on MAD LIBS LIVE!, please visit MAD LIBS LIVE!