The Letter of the Law

Contributed by Guest Blogger of the week, Doric Wilson.


I have been very lucky when it comes to mentors. Alice Clark (the 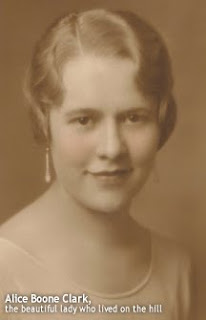 beautiful lady who lived on the hill), Dorothy Seeburger (president of the Richland Players), Bernie Hart (famous Broadway stage manager and brother of Moss Hart), Harry Grier (curator of the Frick Collection), actress Nancy Wilder (I played older Patrick to her Auntie Mame), Gore Vidal (a person with opinions), Howard Richardson (playwright, The Dark of the Moon), Joe Cino (legend in spite of himself), the list goes on and on. I intend to concentrate on the three most important to where I am now.

It was in Kennewick that I encountered my first mentor. In Minnesota in the early years of the last century, a young woman named Loraine Larson, enrolled in a University Law School. The
dean informed her that no woman would ever graduate from HIS school with a law degree. Four years later after graduating with top honors, she walked back into the dean’s office, tossed her degree on his desk, and walked out. She never did practice law. She became a monologist who specialized in Scandinavian dialect pieces. In the early 1940s Miss Larson was stranded when the Chautauqua unit she was performing with disbanded in Kennewick. She got a job in the high school teaching English and Speech and directing the school plays.

I met Miss Larson when I started high school and signed up for the debate team. She proceeded to teach me everything I would ever need to know about theater. For her I did the sets for Our Town, and later played the lead in Kind Lady. She got me into the Drama Department of the University of Washington. I was thrown out after one semester when I initiated a one-man protest against a sniper at a nearby gay cruising park. It was Miss Larson who convinced my mother that it might be best for all concerned if I moved to NYC. Not an easy decision in 1959.