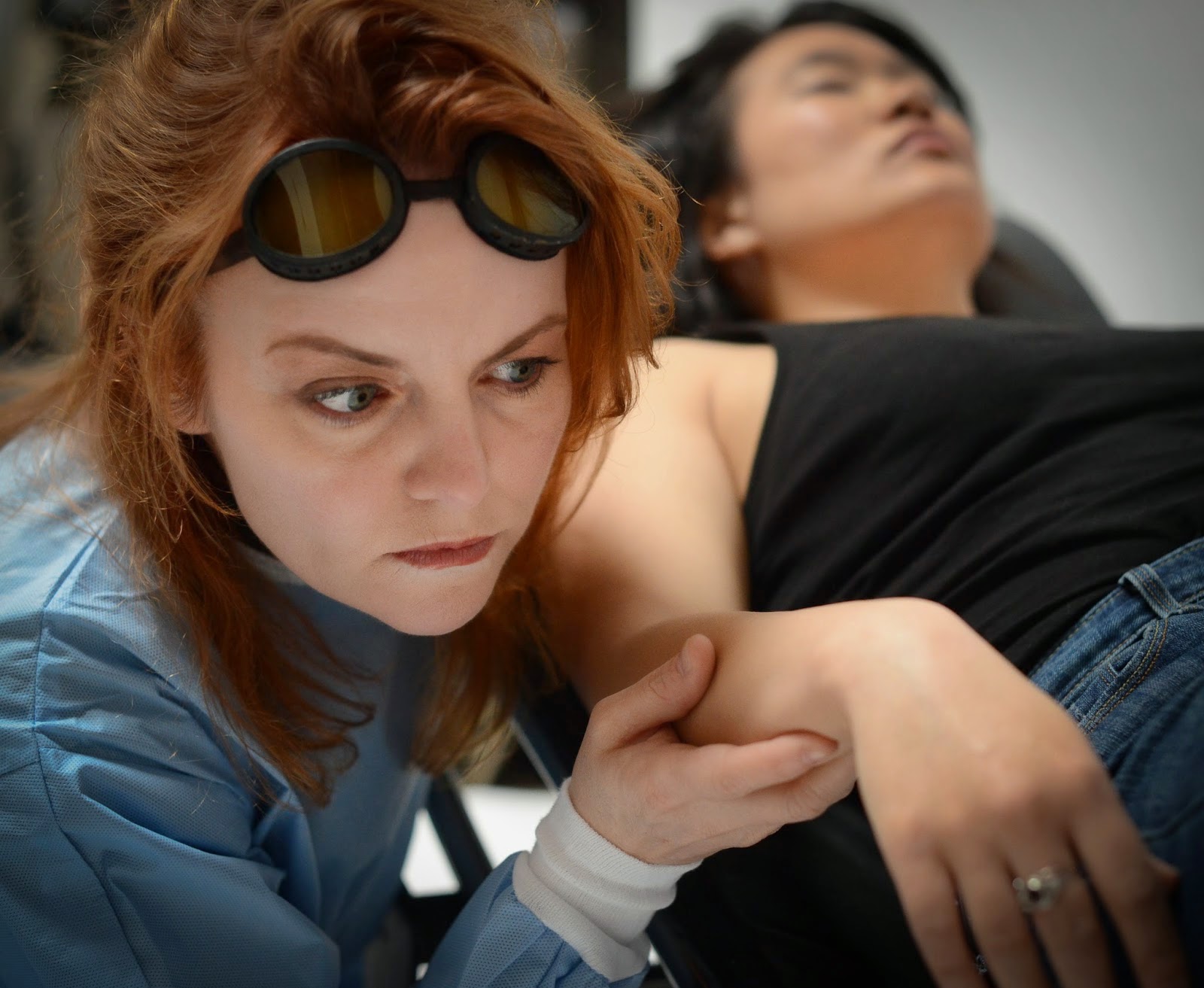 About this Production
The power keeps going out in Sophie and Marisol's apartment. What exactly is their neighbor - a strange recluse named Frankenstein - doing up there? Frankenstein Upstairs is an emotionally charged new science fiction thriller.


What attracted you to this project/subject matter?

Jordana: I reread Mary Shelley's Frankenstein before we started work on Frankenstein Upstairs. The creature's story was just as heartbreaking and gripping as I remembered, but I couldn't believe what a selfish schmuck Dr. Frankenstein was. I couldn't muster up an ounce of sympathy for him.

In Mac's story, it's Dr. F who starts out alone and friendless, eavesdropping on the lovers downstairs, yearning to belong with them--to belong anywhere, really. There are a million things I love about Mac's writing, but this gets at the heart of it. His characters may do unspeakable things, but they always have compelling reasons.

Also, a Frankenstein story where both the doctor and the creature are women? Sign me the hell UP.

Diana: The people. Gideon Productions is an artistic family that works hard, loves hard, and plays hard. I knew that signing onto the show meant working with artists who were passionate, fearless, and tirelessly dedicated to their work. Jordana Williams, Sean Williams, and Mac Rogers--this badass trifecta--are trailblazers of the theatre--always experimenting with content, execution or form. There was so much in Frankenstein Upstairs I'd never done on stage before. They love theatre so much, are so great at making it, and are so true to themselves--thats an energy I always want to be around.

Mac: My answer to this question is a bit weird, as my initial inspiration is so far from the finished product. I originally was interested in the idea of someone losing their intended life partner at a much younger age than one would expect to have to deal with that, and what they would do with the opportunity to bring that person back to life. What's it like to go partway into the grieving process and then stop? I like stories where you have to constantly question and re-assess how you feel about what's happening, so that struck me as an interesting starting hook.

But then of course the impish side of my brain kicked in and was all like, "I mean, if you already have a third character who can bring people back to life, why not actually just have that person be Frankenstein? Why settle for off-brand?" Which led me in turn to re-reading Frankenstein, at which point I became besotted with Mary Shelley's genius all over again, and the play began to morph. It reshaped in a number of ways as a response to Shelley's novel, particularly in terms thinking about how the story would be different with mostly women as the primary characters, rather than mostly men. The epigraph Shelley put at the beginning of the novel - "Did I request thee, Maker, from my clay to mould me Man? Did I solicit thee from darkness to promote me?" - became a guide, the idea of the non-consensual creation of life. And I became very excited by the idea of splitting the characteristics of the Creature among multiple characters, so it's not straightforwardly clear which one is Frankenstein's Monster.

Jordana: I adored this cast: Diana's ferocity, Rob's dignity, Autumn's nuance, Kristen's genius ("Let us be truthful."). They were everything I could have wanted and more.

Diana: My co-actors, the powerhouses Kristen Vaughan, Autumn Dornfeld and Rob Maitner (whose sense of humor is always the best medicine). For me, it's always the actors and their awesome personalities. We become the children to a creative and design family all taking care of and supporting us, it's impossible not to bond on and off stage. I live for how vulnerable we become with one another--and we were all over each other in that show--mouths, sweat, and tears.

Mac: I loved developing the script alongside the artists who would be working on the production. We don't always get to do that, but I was able to have developmental readings with the whole producing team, all the designers, and some of the actors. I was able to incorporate their early creative thoughts into the script, making it a much more cooperative enterprise than usual.

On a personal level, my favorite part was the audience response to my wife Sandy's set design. People would walk up to me - the actual playwright - and talk about the apartment setting before talking about the rest of the show. I'm a neurotic, I can't process compliments directed my way properly, but compliments for Sandy make my year. 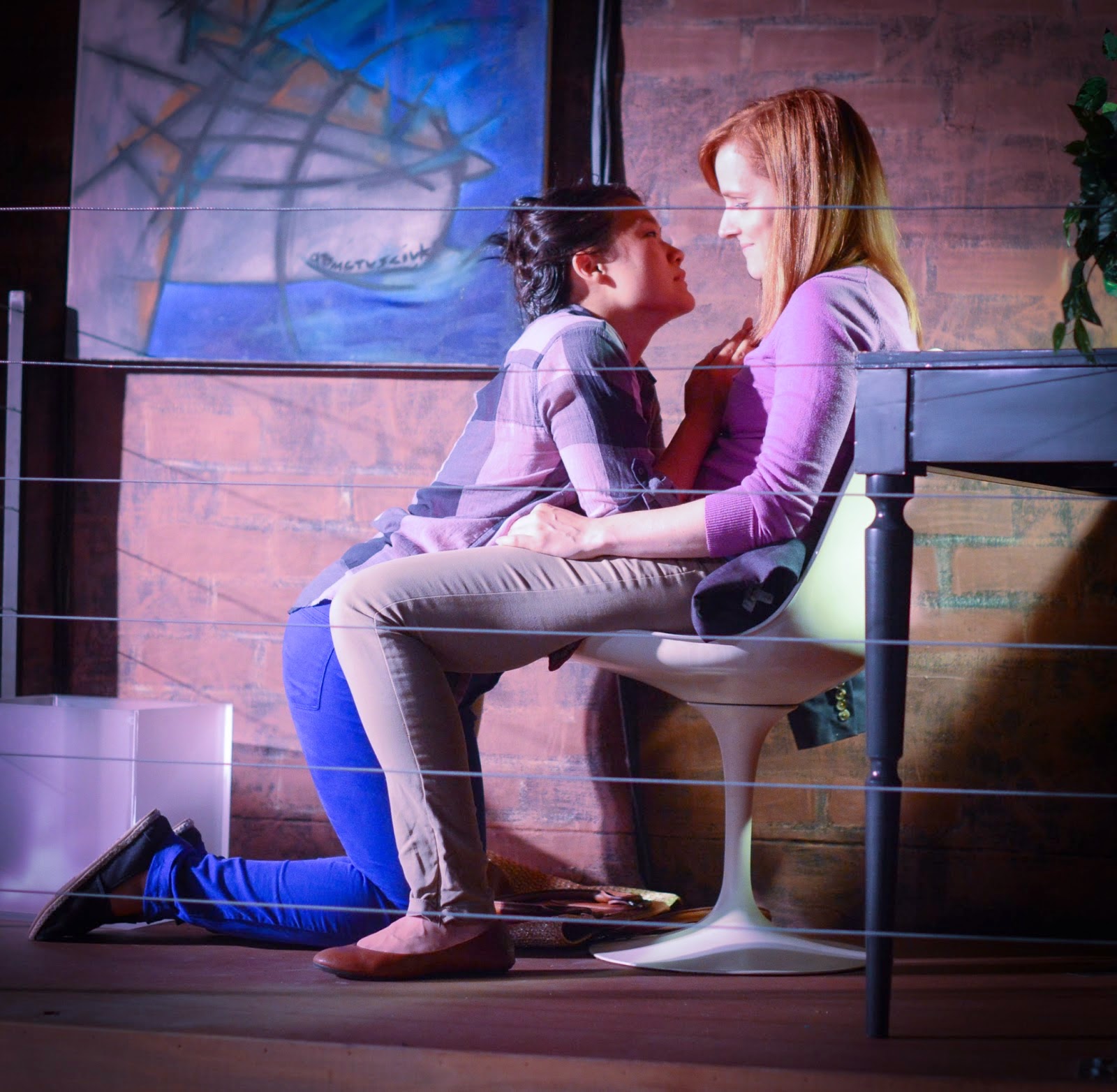 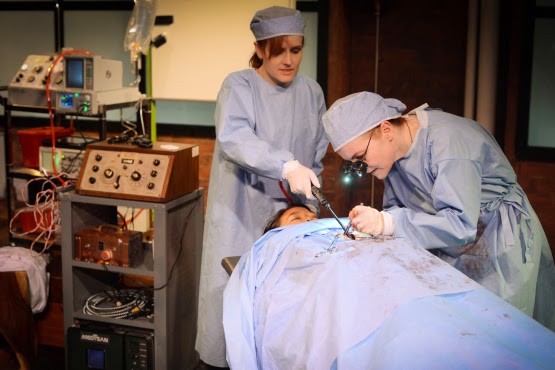 Mac: Oh man, we so totally underestimated how difficult the scene-changes would be, what with having to set up a surgical theater and an operation and then take it away - almost entirely during between-scenes blackouts. It was amazingly complex, and a real testament to the cast, running crew, and our SM Nikki Castle that we pulled it off.

Jordana: Mac and I lied to ourselves a bit about this one. We thought this was our "little relationship play" after the madness that was the Honeycomb Trilogy. I don't know why we thought that a play with open heart surgery and reanimating a dead body--both on stage, in full view of the audience--was going to be easy, but it really, really wasn't.

Our designers stepped up big time. Sandy created a set so sumptuous that numerous audience members said they'd like to live in it. She also made plausible-looking medical equipment on a tight budget. Jennifer and Jeanne did so much to sell the whole "She's ALIIIIIIIIVE!" process with lights and sound. Amanda's costumes said so much about who each of these characters were. Stephanie built us an entire fake surgery chest with removable little flesh-y bits! I mean, come on.

Diana: Being dead. Laying still, playing dead for a whole long scene but also being alert so I didn't miss a cue. Kristen and Autumn have very very beautiful soothing voices--it was hard.

What was the craziest thing that happened during this production?

And, we can't talk about Frankenstein Upstairs without talking about the set Sandy Yaklin built. It was out of this world. I can listen to her talk about building for hours, it's very sexy and I'm fascinated by how her brain works.

Jordana: Opening night, the power went out. No stage lights, no tech booth. Fortunately, the work lights were on another breaker and there were dim emergency lights. Our stage manager Nikki didn't miss a beat. She took the works out for scene changes, which we did by emergency light only. She ran the sound off a laptop and speaker connected via extension cord to a working power source outside. When the emergency lights burned out, Nikki just started calling "lights up" and "lights down." We offered the audience the option to exchange their tickets for another performance, but it wound up being a really magical night.

Mac: Easy question to answer for this show: on our opening night, there was no power to the grid or the sound-board. And a full-house expected to attend. Oh man, were we freaking out. Ultimately - once we determined how to do it safely - we did the show anyway, under fluorescent lights, with the sound cues played on a laptop. By the end, our SM Nikki was just yelling out "Lights Down" between scenes rather than turning the lights off. The cast rallied beautifully, and the audience became incredibly supportive (as audiences often do when you run into this kind of thing) and the evening ended up being kind of a big success. I mean, on the whole, I preferred it when audiences got to see Jennifer Wilcox's lights and properly hear Jeanne Travis's sound, but there's something magical about an audience and a production team rallying in tandem to overcome adversity like that.

Jordana: My hope for all of our shows is that the audience will see themselves in someone they never expected to relate to. I also want them to be entertained throughout the show and have a lot of stuff to think about (or argue about with friends) afterwards. For me, that's the trifecta.

Mac: On one level? Uncertainty. Conflict. Contradictory emotions that don't settle for a few days. On another level? The feeling that they've had a splendid evening of entertainment. What I like to ideally serve up is comfort and discomfort in equal, alternating measures. My favorite stories always have both.