About Hudson Warehouse
Hudson Warehouse's mission is to provide quality, exciting, innovative, and affordable classical theater to the community. Those unable to pay are still welcome. The Warehouse believes theater is a "ware" and essential for daily life. To this end, through our partnership with Goddard Riverside, the New York City's Department of Parks and Recreation, and the New York City Department of Corrections, our audience is a vast community of people who wouldn't otherwise have the opportunity to experience quality live theater. Hudson Warehouse believes everyone deserves to have the theater experience, because theater is so essential to what makes us human.


About Hamlet
An adaptation of Hamlet conceived and directed by Hudson Warehouse Associate Artistic Director George K. Wells. Wells also appeared in the title role. Wells devised the gravedigger scene, originally written as a two character scene, essentially as a monologue for the gravedigger (played by Bruce Barton,) who has assorted skulls in his graveyard. These skulls do respond to him, but purely in his head.


Bruce: I'm one of the Artists in Residence with Hudson Warehouse, so any chance to appear in one of their summer season productions is an experience I know I'm going to enjoy, as the productions invariably are cast with those who I've enjoyed working with in the company previously and newcomers bringing their own new energy to the group. With Hamlet I knew many of the cast going in. And Hudson Warehouse does classical theater so I always know going in that the material will be great.


Susane: George Wells’s adaptation was inspired. He explored Hamlet’s motives and relationships, with Ophelia and Horatio in particular, in a truly innovative way. His staging of Hamlet’s soliloquies, the most famous as a dialogue between Ophelia and Hamlet, was gripping and brought a much deeper layer to their relationship. And the emotional, passionate relationship between Hamlet and Horatio made so much sense within the text. And added another layer to the emotional heartbreak in the story. 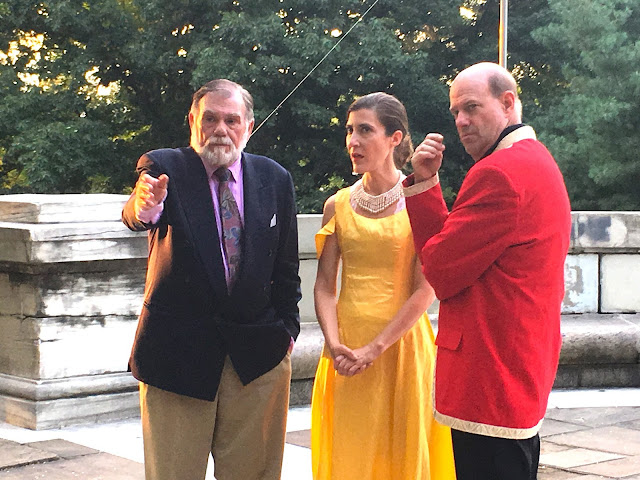 
Bruce: Getting to be in Hamlet, for one. And getting to play two contrasting roles is always fun.

Susane: Watching the production evolve through the rehearsal process. Wells’ Hamlet was so raw and invigorating. I have seen many productions of Hamlet in my life, but his adaptation was the most innovative and really grabbed me. We had a terrific cast and production team that fully embraced this adaptation and the audience response was so gratifying because it was such an innovative adaptation. 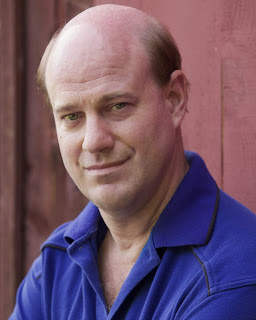 Bruce: Well, doing something, anything in Hamlet is challenging because you have the challenge of honoring the material and also finding a way to put your own take on the role while staying true the particular production you're in.

Susane: There were several technical elements including sound cues throughout the production. It was essential that the sound and music cues move in and out of the dialogue. Getting these two elements aligned was a challenge. It was a thrill when it all came together.

What did you want the audience to walk away with after watching this production?


Susane: A deeper sense of Hamlet’s struggle and all the emotional turmoil brought on by the loss of a parent, only elevated by the message from ghost of his father. It was so gratifying when parents told us afterwards that their children wanted to immediately go to Barnes and Noble and purchase the book!


What is the best thing about working with this company of artists?


Bruce: Being an Artist in Residence with a company whose work you respect means you have a home. A place where people whose artistic vision you respect provide an environment where you can work on great material with talented people and can feel safe to take chances and be supported. Hudson Warehouse has provided me with that so the experiences are both challenging and fun.

Susane: Bruce Barton has been an actor in New York City for the past 35 years and been an Artist in Residence of Hudson Warehouse for the past 7 years. He is an incredibly humble and modest man. This nomination really honors a man who really deserves to be recognized. He is a strong and versatile actor, someone who is memorable in all his roles, a beloved member of our company, and we couldn't be more proud or happier for him. 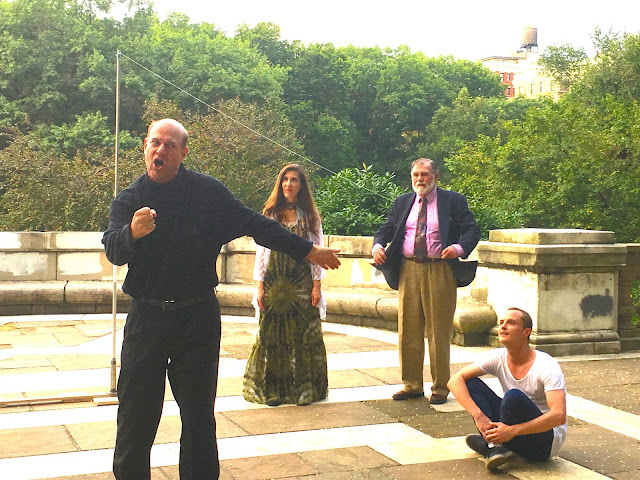 What was the funniest part of this production?


Susane: Bruce Barton’s gravedigger was hilarious, incredibly quirky, and conceptually inspired. Bruce has great comedic timing and delivery and gave us a gravedigger no one had seen before -- and blew everyone away!


Bruce: It's very special to be nominated by audience members who've seen the show and don't necessarily know you personally but have enjoyed/appreciated your work. It's also meaningful because it reflects well on the company. Since all performances are the product of the ensemble effort, it's a tribute to the whole company's work, so as an Artist in Residence with Hudson Warehouse I'm glad to reflect that.

Susane: Independent Theater in New York is entirely motivated by the love of the work. The desperate need to get an idea, a vision and a story out there. To have our Bruce Barton nominated is so satisfying after all the energy that goes into creating Off-Off-Broadway theater. We are so proud of this recognition because outdoor theater is definitely a labor of love. It is so hard to put up a full fledged production, outdoors, only to take it down after each show. We do this for 48 shows over the summer, for three very different shows, over three months. It's so much work to put up and take down a show every night, not counting the heat and elements. But we do it because theater matters and we work incredibly hard to make our outdoor theater experience exciting and memorable for our audience. It is such an honor to be recognized by the NYIT Awards. We are thrilled and grateful.