About Rising Sun Performance CompanyRising Sun is committed to the principle of ensemble process and performance through the collaboration of a resident company of theatre artists. Their goal is to provide a safe artistic home which stimulates risk-taking without limits of genre or agenda and where all the artists stand together to create vivid stories.Their mission is to advance the vitality and diversity of American theater by nurturing artists, encouraging repeatable creative relationships, and contributing new works and revitalized pre-existing work to the national canon. They believe in preserving a history of performance and the integrity of theater that can not be found in any other medium today.


About Friendly’s Fire
Friendly's Fire shows us to what lengths one man will go to preserve the sanity of his friend - a veteran who lost his brother in service to our country.

Daniel and Producer Akia share their thoughts on Friendly's Fire.

What first attracted you to Friendly's Fire?


Daniel: I have previously worked with several of the artists and producers of the show, and I was thrilled to have the chance to collaborate with them again.

Akia: We have had a long working relationship with the playwright John Patrick Bray, he presented this work to us many years ago and the timing was never right. We finally had the right venue, the right team and the political climate also influenced our timing of the work


Daniel: I really enjoyed discussing the concept of the show with the director. She is my sister, and I have had few chances to work with her. Friendly's Fire was a chance to develop a cohesive vision together!

Akia: The venue at the 14th street Y was spectacular, they were great champions and partners. Our creative design team was amazing and this show elevated our work on many levels 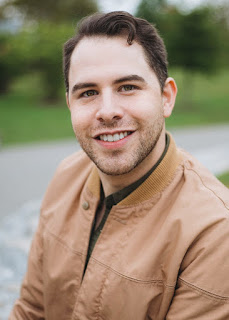 What was the most challenging aspect of this experience for you?
Daniel: The world of the show is deeply complex and spans different dimensions and states of consciousness. It was challenging to create levels of reality in a minimal theatrical setting.

Akia: All of the complex design and technical elements the script required . Our lead actor also ruptured to his appendix during the run. Fortunately we had an understudy who was ready, who went on with one full rehearsal.

What was the quirkiest part of this production?


Daniel: The script itself is quirky, charming, whimsical, and dark. I didn't realize how much of it resonated with me until i was watching the actors in dress rehearsals.

Akia: We had a dancing Russian bear, a flying helicopter (YES A FLYING HELICOPTER), a skateboarding Santa and a fighting bee.


Daniel: Each artist was able to come together to tell this story.

Akia: The sheer challenge of space/storage/budget. Daniel did so much with so little it was amazing! He worked so closely with the director and team to bring alive the complicated different locations. 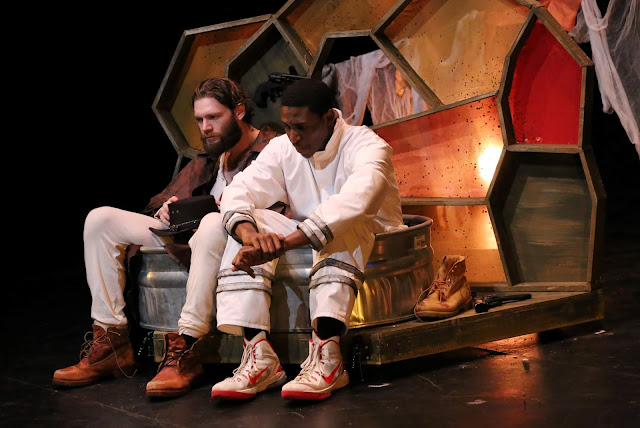 
Daniel: I have worked extensively in regional theatre for many years where I designed mostly large-scale musical theatre. This show was a return to the essence of design, style, and concept, and I am glad that others enjoyed my work.

Akia: We are excited to have this nomination be for design, as this work really challenged us in so many ways. Visually this has been the most beautiful work we have done to date

Posted by IT Foundation at 6:25 PM