About Honors Students
Kora and Minnie are best friends. And honors students. (Duh.) They are as smart as they are mischievous. And yes they are plotting a scheme involving a lot of money and a little blood. But when their volatile relationship is threatened by Minnie's friendship with awkward YouTube sensation Megan, all bets are off. In the tradition of Heathers and The Virgin Suicides, Honors Students asks one question: Who will survive?


The nominees and producer Hope Chavez answer questions about their experience of creating this production.

What first attracted you to Honors Students?


Hope: We were drawn to Mariah's play Honors Students because it puts the ambiguities of female friendships and the extremes of being a teenage woman front and center.

Cha: The idea of being nostalgic going back to my high school days. How it can a tool to mold the shape of your body and mind.

Jeanne: Mariah MacCarthy! I have been a HUGE fan of Mariah 's work for years! She's so cool and her work is so important for women.


Hope: This production process was transparent and joyful in so many ways, and we think that is no accident when you put a mostly queer, femme, and POC team together. The team was able to be authentically and safely themselves which made the work shine even more!

Cha: The collaboration with sounds, sets and direction.

Jeanne: The design team was a blast! It was an all-girl-badass line up of amazing designers. It was a dream team and we had a million inside jokes after it was all said and done. 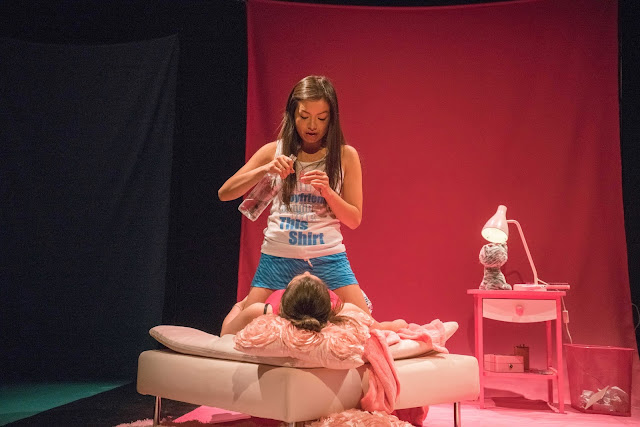 
Hope: 100% the fake blood. We had to create danger and chaos onstage that literally made the audience squirm in there seats—on a shoestring budget. Our magical team pulled it together, though! We heard the gasps every night.

Cha: The dimensions of the space. It was very challenging doing the math and dealing with colorful backdrops and are arranged diagonally.

Jeanne: The most challenging part of the show was not wanting to leave tech! The acting was so good. The dance montages were challenging but they were so much fun we could have watched them over and over again. I still re-play the last min. of the show in my mind sometimes and my eyes get teary!


What was the funniest part about this process for you?


Cha: When the collaborators are fun and focused- half of my job is done. Everyone came in the room with openness and smart ideas.

Jeanne: Haha. We had an inside joke from a line in the show. One of the main characters says "you're so basic" a lot. So, we hashtagged #basic to everything. EVERYTHING. Even in conversation. And the whole company ran with it. If someone ate a carrot on break, we would say. OMG, gurl, that's so basic. That carrot is like so basic right now. (We're weird!! haha). :D


What did you want the audience to come away with after watching Honors Students?


Rae Mariah MacCarthy: If you find yourself judging these characters, ask yourself why. Ask yourself what your judgment is protecting you from. What would you have to give up in order not to judge them? What might you learn about yourself by relinquishing that judgment? 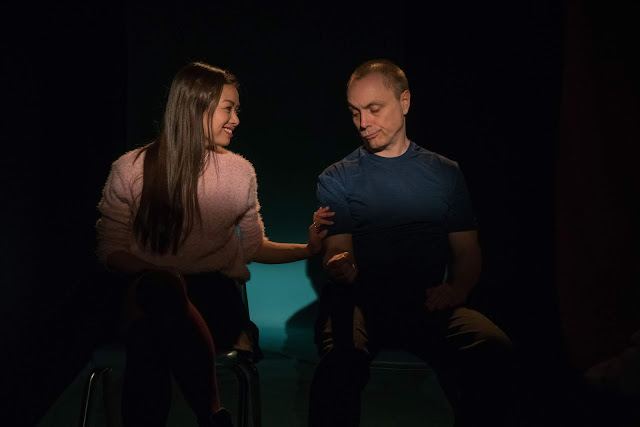 
Cha: It brought me back to my experiences when I was in high school in the Philippines. It was very different but at the same time it was also very similar. The struggles, the awkwardness...

Jeanne: I met a lot of really awesome new people that I have huge design crushes on now. We're so lucky to have a community of folks that are so freaking talented. 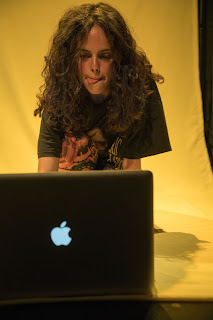 Hope: Cha and Jeanne are actually the perfect example of brilliance and flexibility in a production process. There was so much we dreamed for with this play and such a finite amount of resources with which to make it all possible. Jeanne and Cha worked with a spirit of abundance and not scarcity, putting the playwright’s vision front and center, and doing it joyfully along the way. They remained always curious about what was possible and highly collaborative in designing their elements of the work. Without them, the world of this play would not be possible.

Cha: They trust me. They're open for discussions - all agreements and disagreements are healthy because we all have the same end goal- to bring out what it means to be a woman or more like being a teenager in high school.

Jeanne: The producers put their hearts, souls and guts into making this show. There were a lot of risks but no one backed down to the challenges. I owe this IT nom to our fearless director, Leta Tremblay!


Hope: This nomination is a validation that work by, for, and with QPOC communities matters and stands up to the rigor of “mainstream” theater. We believe this production centered equity, justice, and access at every point (did you hear about our land acknowledgment practice and gender pronouns in the programs?) while also bringing rigor and artistry to the production. We thank all the voters for seeing us and supporting this gem of a story.

Cha: I feel that I have won already. Showing my artwork (lighting design) is very vulnerable in my opinion. Showing it is one thing and being recognized is another. It makes me feel like I am seen.

Jeanne: I'm so honored. If it wasn't for the ITs so many artists would feel "without a home". I cannot help but feel incredible appreciation for all involved. It's always a humbling experience. Thank you!

Posted by IT Foundation at 8:06 PM