About ETdC Projects' Lab
ETdC Projects' Lab was founded by conceptual performance artist Roi Escudero creates post-modern immersive works for the stage. Their immersive dramatic spectacles and postmodern performance-artwork is inspired by cultural storytellers and the mystique of the fantastic and vérité. Hand-make the visual elements: sets, costumes, masks and life-sized body puppet characters, utilizing recycled materials and found objects as well as multimedia video are hallmarks of ETdC Projects’ productions and used to exaggerate everyday reality and blend together fantasy, magic, myth and natural phenomena.

About The 11th Dimension
“Sometimes to get to paradise you have to journey through hell.” Through their travels across space and time, the existential heroic beings of light, the Bubulinos, struggle with the ephemeral and physical troubles of mankind’s present, striving to keep their “divine child” pure. In their quest to rescue the Bird of Truth, the Bubulinos guided by Antonin Artaud, traverse The Inferno of today’s world and arrive to the true paradise of life. The 11th DIMENSION is a post-modern vérité tale inspired by The Theory of Everything, Antonin Artaud, Deleuze and Guattari’s concepts of “a body without organs”, and Dante’s 9 Circles of Hell. It was created for the stage by award winning conceptual-performance artist Roi Escudero. This performance-art piece blends magic realism and surreal humor with a persuasive visual art collage containing nostalgic music hits. Roi uses her background in visual arts and theatre to create immersive works on stage.

Roi: I was challenged by Artaud’s words: “No one has ever written, painted, sculpted, modeled, built, or invented except literally to get out of hell.” His words inspired me to create a performance-art piece merging Artaud’s brilliant madness with Dante and his Divina Comedia. 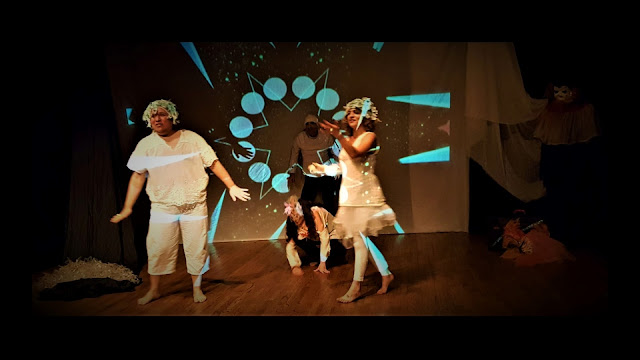 What was your favorite part of working on this project?

Roi: Enjoying a space to rehearse thanks to the generosity of The LIT fund and The Times Center NYC, and experimenting and collaborating with other artists in the creative process.

Roi: Merging my Bubulinos contemporary vérité tales with the brilliant madness of Artaud and the poetic universe of Dante was a strong effort of knowledge that challenged my imagination.

What did you want the audience to take away from your piece?

Roi: I hope that they leave the theatre with questions and a heart in peace, with space for love, sensibility and tolerance. 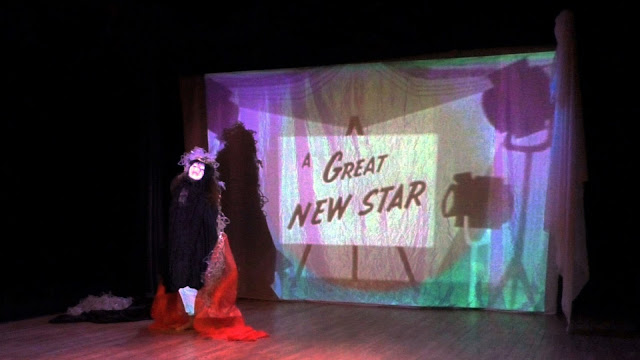 What was it like to work with this company of artists?

Roi: This nomination means a lot to me, “toda una vida de trabajo”. Thank you IT Awards for recognizing performance-art for the stage as a “whole.” Performance-art is an achievement of my lifetime. My work is a platform for other artists to collaborate and experiment with imagination. I dedicate this nomination to the Dreamers. I know by experience that it is not easy to achieve the American Dream. As an immigrant and as a citizen, I love the Americas from South to North. Muchas gracias IT Awards for the nomination! 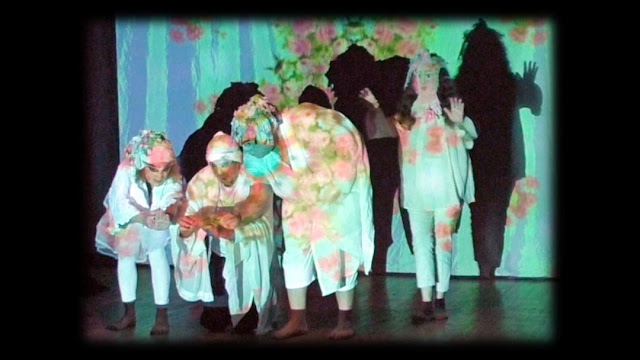