About the Amoralists
We are The Amoralists. A diverse collective of uncompromising artists. Founded in 2006, we produce original work that confronts the American condition in all its complexity. Our stories are emotionally charged and character driven, a place where politics and perspectives collide and no side emerges unscathed. Explosive, vital, raucous and raw, we do theatre, no moral judgement.

About Entangled
In the aftermath of a mass shooting in NYC, the black mother of a victim and the white brother of the shooter try to make sense of what happened, each individually grappling with a soul-shattering experience that few understand. An exploration of loss and survival, Entangled is the story of two strangers connected by tragedy in a nation still struggling to see itself for what it is.

The nominees and producer James Kautz give us some insight into developing Entangled.

What first attracted you to Entangled?

James: The opportunity to explore this very important topic with extremely talented playwrights and artists

Naomi: I am an eternal fan of Charly Evon Simpson's writing and I originated the part of Greta in her previous play Stained.

Gabriel: I was commissioned by the Amoralists as part of their 'Wright Club. I had been working on a musical, OUR NEW TOWN, with the Civilians which was about a fictional shooting on a college campus and so the crossover to the Amoralists Ricochet project was easy. 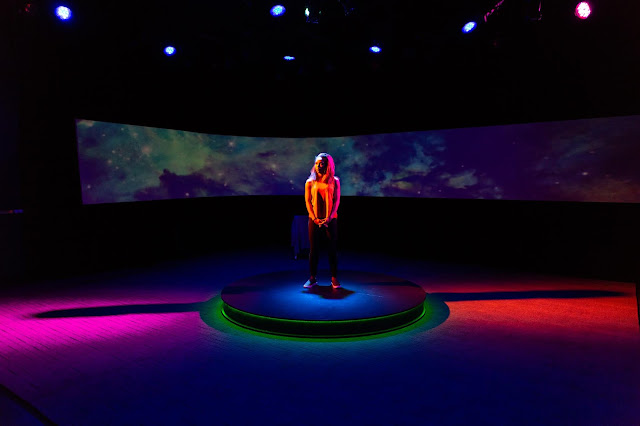 
James: The creation process was incredible personal for all involved - and sharing it with our audience - the conversations in the lobby and the house after the show - was our favorite part of the production. The conversations were heartfelt, heated and abundant.

Naomi: I especially enjoyed illuminating the racial politics that exist within the modern day epidemic that are mass shootings.

Gabriel: It was so rewarding to work with Charly over the course of 18 months. Our conversations were incredible. Entangled was the first time I’ve done something so collaborative with a straight play. And I feel the work is a lot deeper and more examined as a result.

Charly: Getting to work along side Gabriel was a true delight.


James: Building new plays around difficult subject matter with multiple playwrights takes time and care - and scheduling was by far the most difficult part of this process. Our two playwrights exploded with popularity and productions in 2018/2019.

Naomi: The subject matter was extremely difficult and the monologue style of delivery had its challenges but I believe in Charly's writing and the importance and urgency of the story being told.

Gabriel: Charly and I both had rolling world premieres through the National New Play Network going on at the time and so finding the time to get together was tricky. We eventually settled on writing the script via a Google doc which we both edited and offered comments on and then we followed up with phone conversations.

Charly: Co-writing a play when you are barely in the same place at the same time was a huge challenge for us and really affected how we wrote the play. 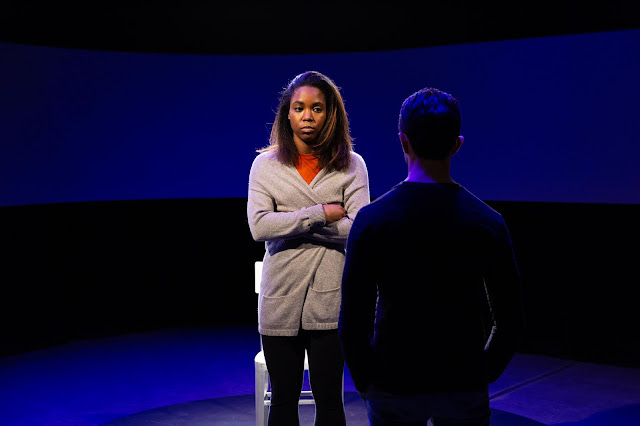 What did you want the audience to take away with them after seeing Entangled?

James: I wanted them to have a greater need, ability and urgency to discuss gun violence (and violence in general) in our country and a deeper compulsion to change the status-quo.

What was the most unique or noteworthy part of this production?

James: Our two playwrights wrote this play over the course of two - three months through phone calls, emails and a shared google doc. They’re warriors at the top of their craft.

Naomi: Entangled was one of my most unique & noteworthy experiences I've ever had because of three main things: One, I've never been in a play were I never spoke directly to my scene partner. Two, we had an extremely sparse set consisting of only two chairs and a projector and lastly, I've never been in a show with literally no props whatsoever. The story and connection with the audience was all we had.

Gabriel: When Charly and I first began talking about the characters for Entangled--the brother of the shooter and the mother of one of his victims-- we both knew we were attempting an impossible conversation.Rather than forcing a more theatrical conflict on characters who were already traumatized, we decided it would be more honest and ultimately more thought-provoking to explore the characters’ conflicts through soliloquies and instant messages, both sent and unsent. We had many meetings and phone conversations, but ultimately created the play together on a Google Doc with Charly writing for Greta and me writing for Bradley. That process allowed us to respond to each other in real time, leaving notes and ideas for each other along the way. By accident, we also discovered that the writing process we were experiencing for the play ultimately correlated almost seamlessly to the structure and experience of the play we were creating.

What was it like working with this company of artists?

Naomi: They are fearless. They enjoy challenging the mindset of their audience and I think that's vital in order to amplify the empathy and humanity we have as a society.

Gabriel: With the entire project, we had 18 months to talk, think, try things. It was an amazing experience to have a company get behind and stage your first draft and to work on crafting that draft during rehearsal. Typically there is a lot of development along the way and in my experience, sometimes the play can lose its force that way.

Did you gain any insight or learn anything new throughout this process?

Naomi: Most definitely. I realized how unnecessary props, sets or even lights are to telling a story. The connection to the story and relying that story to the audience is key.

Gabriel: Work with Charly as much as possible! 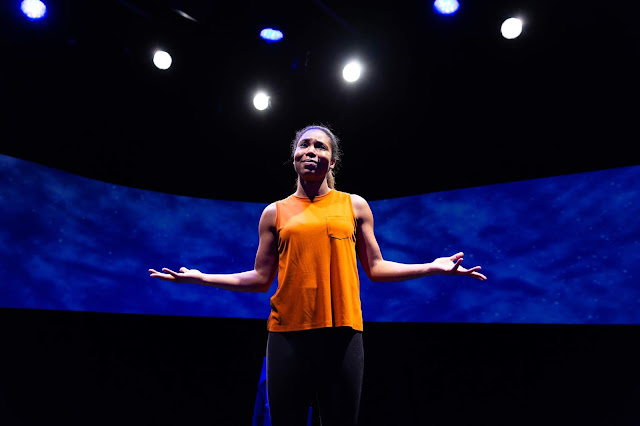 James: It’s an incredible honor that we’ve been recognized for contributing something noteworthy to NY’s Indie Theatre community.

Naomi: Working on this show was especially difficult. It was one of the hardest plays I've done this season (specifically due to the style and lack of traditional play elements) and this nomination is a reminder that the intense emotional life that I brought to Greta was recognized and appreciated.

Gabriel: It's really a true honor to have our experiment and collaboration recognized with this nomination. I'm very grateful!

Charly: I love that I get to share this nomination with Gabriel. The writing process for this play felt a little crazy at times, but it is nice to know that Gabriel and I found our way and the story we were trying to tell came alive.

Posted by IT Foundation at 1:24 PM