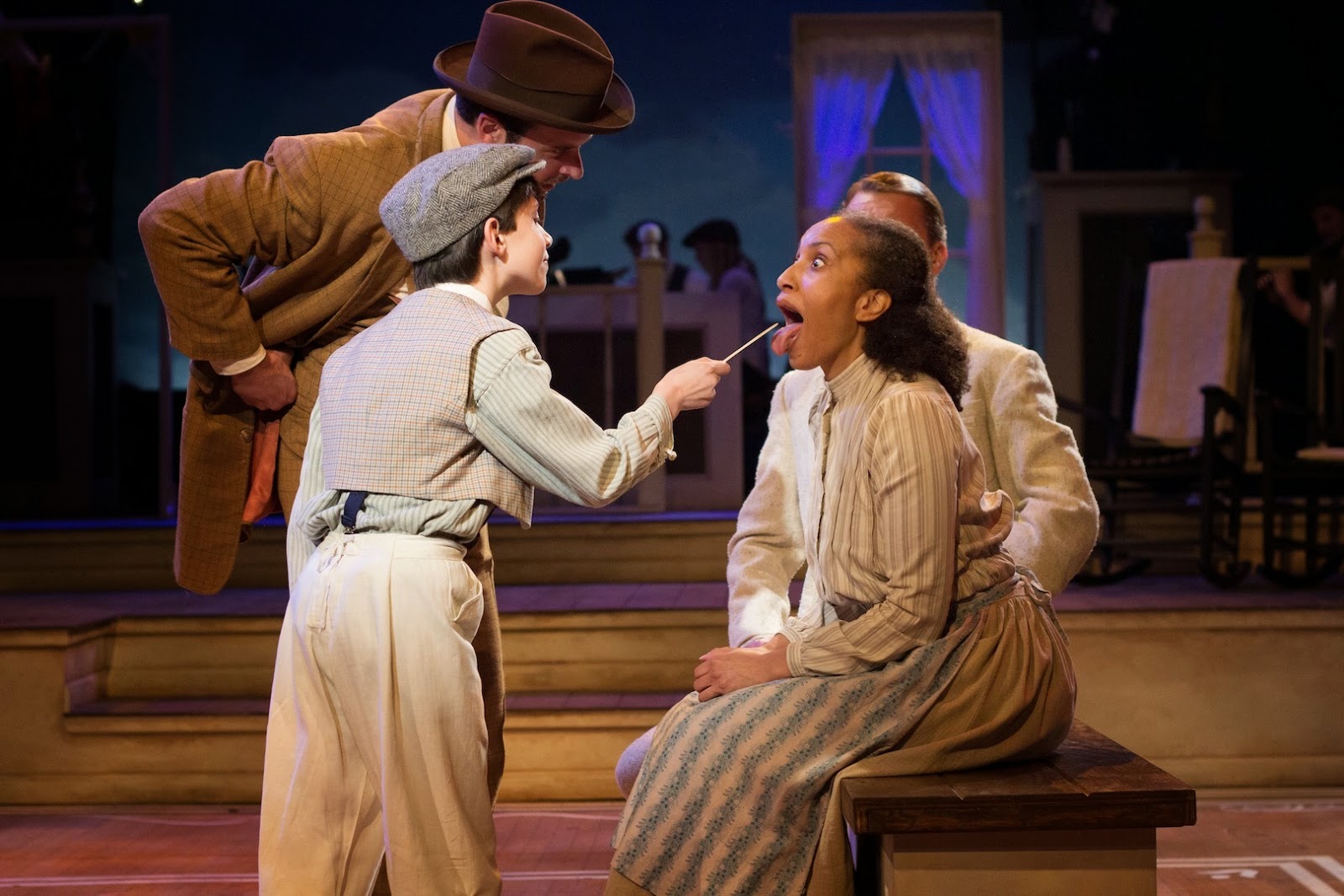 About the Production
Life – a set of circumstances, a series of choices, leading to this moment in time. Are you where you thought you’d be? Are you proud of the decisions you’ve made? Allegro follows the journey of Joseph Taylor, Jr., the son of a small-town doctor, from birth to age 35 – from the tranquility of his small Midwestern hometown to the hectic din of big city life. When he loses sight of his goals, he struggles to avoid compromising his principles in this rarely seen musical from the legendary Rodgers and Hammerstein.

Tom: I fell in love with Allegro the first time I read the script and listened to the score--especially the end. Still, there was enough about the book that troubled me, that I didn't really consider doing it until the good people at the Rodgers & Hammerstein Organization were open to APAC making some changes to the material.

Manna: I saw Tom's Children of Eden a few years back and was very impressed by his direction and the quality of the production! I've wanted to work with him ever since! :) 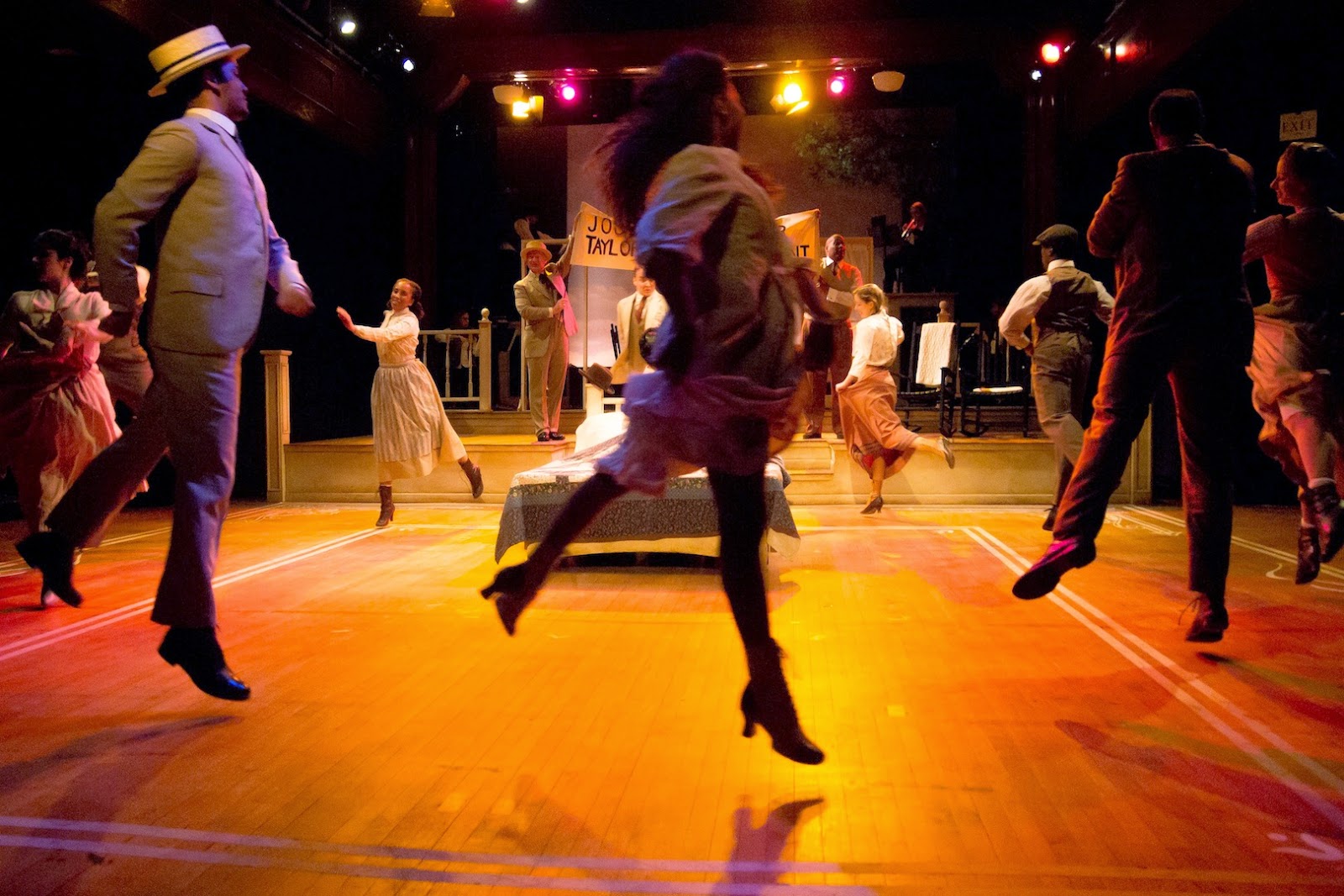 Manna: Getting to know my fellow castmates/creatives- especially the women in our ladies dressing room!!! Such awesome people!!! (Fellas, y'all are fabulous too!!!)

Tom: Collaborating with Choreographer Christine O'Grady (IT nominated for her work!). This was the sixth show we did together, and easily the most complicated. It's definitely the heaviest dance musical we've ever done--there are a number of big R&H ballets in the show, and collaborating with her on how they would work, and what story we wanted to tell, was supremely satisfying.

Christine: My collaboration with Director, Tom Wojtunik and Associate Choreographer, Julianne Katz. I loved brainstorming and carving out the story lines for the ballets with Tom, and then spending hours and hours filling them with dance with Julianne.


What was the most challenging part of working on this production? And why?

Manna: I think for everyone it was just trying to find a balance between our day jobs and the nightly rehearsals. We were all there for the love of our crafts - there just never seemed to be enough hours in the day to do everything we wanted! We had a fabulous group of individuals though and I think we all supported each other and put together a show that we were very proud of!!!

Christine: Making a group of actors with widely varied dance skills look cohesive in the same production numbers. It was important to me for our Greek chorus to function as a whole ensemble, so that meant integrating movers and advanced dancers into the same ballets, without calling attention to the different levels. I think we found a pretty good balance of challenge.

Tom: Convincing theatrically "savvy" theatre goers that Allegro was worth another look. Many people only know it as R&H's notorious "flop", and it was interesting how people that knew that history came into the show like they were there to discover what was "wrong" with it. 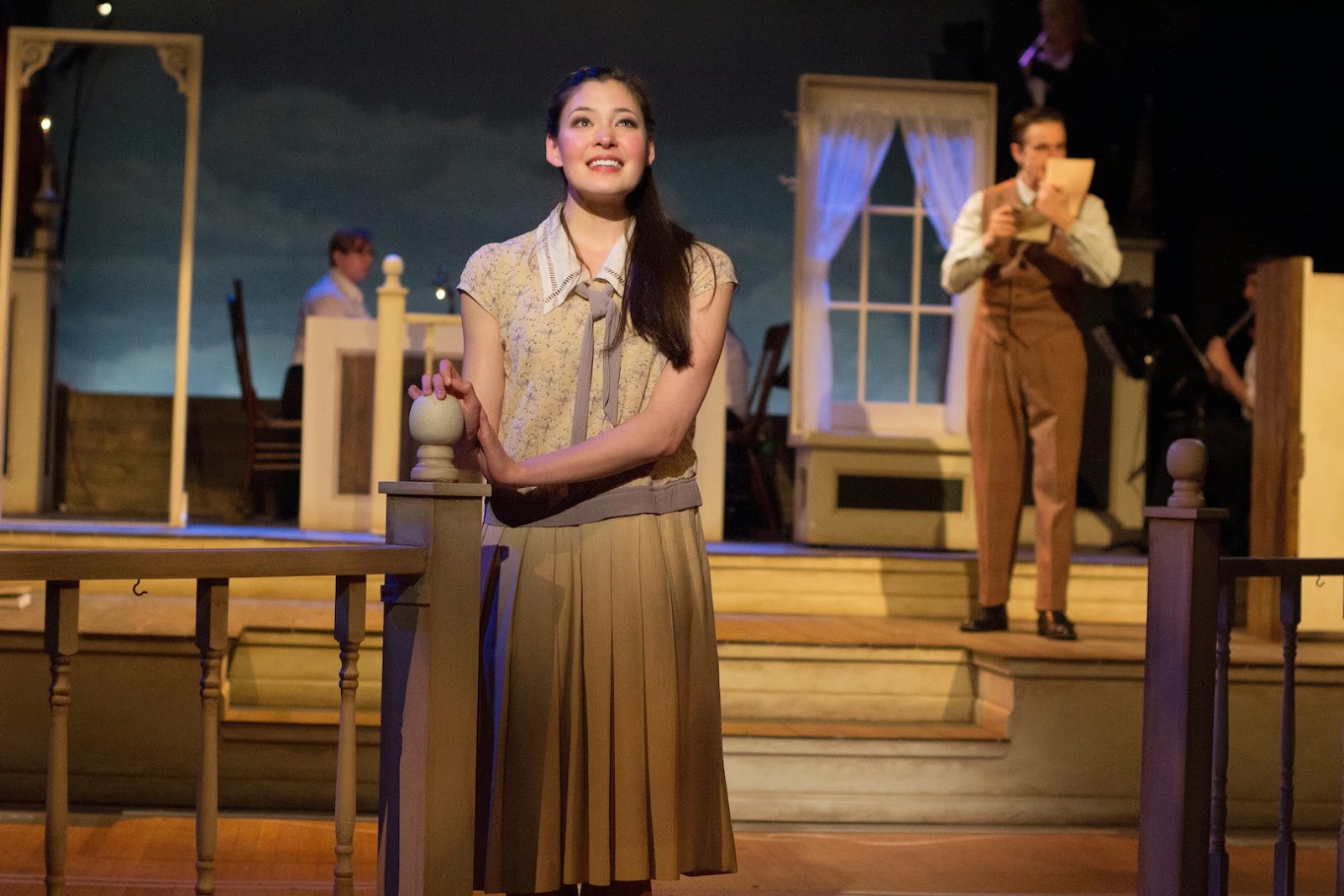 What was the weirdest thing that happened during the production?

Tom: Well, we had to replace two cast members (one in tech, and one for the last weekend of performances). This is never an easy thing to do on a Showcase production, as we couldn't technically call the cast in for rehearsals with the replacements. Luckily, we were blessed with two extremely talented performers, Matthew La Banca and Julianne Katz, who both stepped in and did stellar jobs.

Manna: Ooooooh man, SO many stories from the ladies dressing room!!! One very cool thing was that Fiona Shea (Young Jenny) drew/colored these amazing cartoons and made us other awesome crafts in the dressing room! That girl is SO talented!!!

Tom: Allegro has so much to say about how we make choices in our lives, and what we choose to make important and why. I think anyone who has ever questioned his or her own life in that regard was affected by the story--I know I was.

Posted by IT Foundation at 1:00 PM