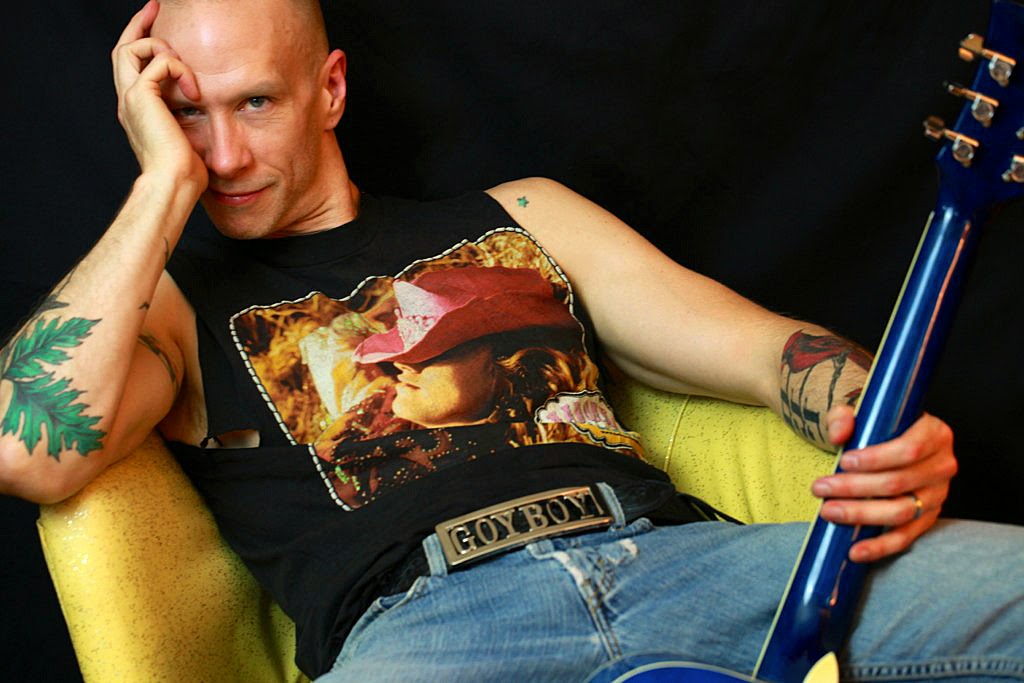 About the Production
Chicken-Fried Ciccone is the twangy true tale of J.Stephen Brantley’s experience with heroin and homelessness, set to acoustic covers of Madonna songs.

Today I interviewed J.Stephen Brantley about the personal and emotional experience of working on his autobiographical one-man show, Chicken-Fried Ciccone: A Twangy True Tale Of Transformation.

J.Stephen: I told myself I would never never never do an autobiographical one-man show. How indulgent! No way. But when several different people expressed surprise that I had a history with heroin and homelessness, I began to wonder if it was a story worth telling. I was also looking to do something portable, something that might help to fund another project, and it seemed like it might work - if I could find an interesting twist. I'd been playing countrified versions of Madonna songs on my guitar for a while. The idea of marrying the two seemed ridiculous at first. But then, for a tale about a gay Texan’s personal transformation, it was also absolutely perfect!

J.Stephen: Working with David Drake (Director). David is a master of the one-man form and a very smart dramaturg, and an incredibly sensitive and insightful director. He led me to wonderful new places with the script and challenged me to fully engage in a style with which I had very little experience. There is absolutely no way I could have done this show without him, nor would I have wanted to. It was very much collaborative labour of mutual love.

J.Stephen: People assume that my revisiting some of the darkest time of my life, and revealing all the sordid details of my addiction, would be the most challenging parts of this process. But I live with those things every day, so it wasn't so hard. What was challenging was singing and playing guitar while I did it. I'm not really a musician, I just love the troubadour tradition of marrying song and storytelling. But it's really hard to do at all, let alone do well!

Why do this production now?

J.Stephen: David and I are both in recovery, so the story is personal for us. Still, I think we kept ourselves a bit distanced from subject matter until the moment Philip Seymour Hoffman died. We were on a ten-minute break when David saw it on Facebook. All the breath went out of me. Suddenly we both saw that this live memoir-with-Madonna-songs had more resonance, more immediacy, than we'd realized. It ceased to be a period piece, and became a kind of call to action.


J.Stephen: I want people to feel empowered to make positive personal transformations for themselves, to see that reinvention is possible for anyone no matter the damage. And I want people to understand the power that the creative process has to heal and uplift even the most broken among us.