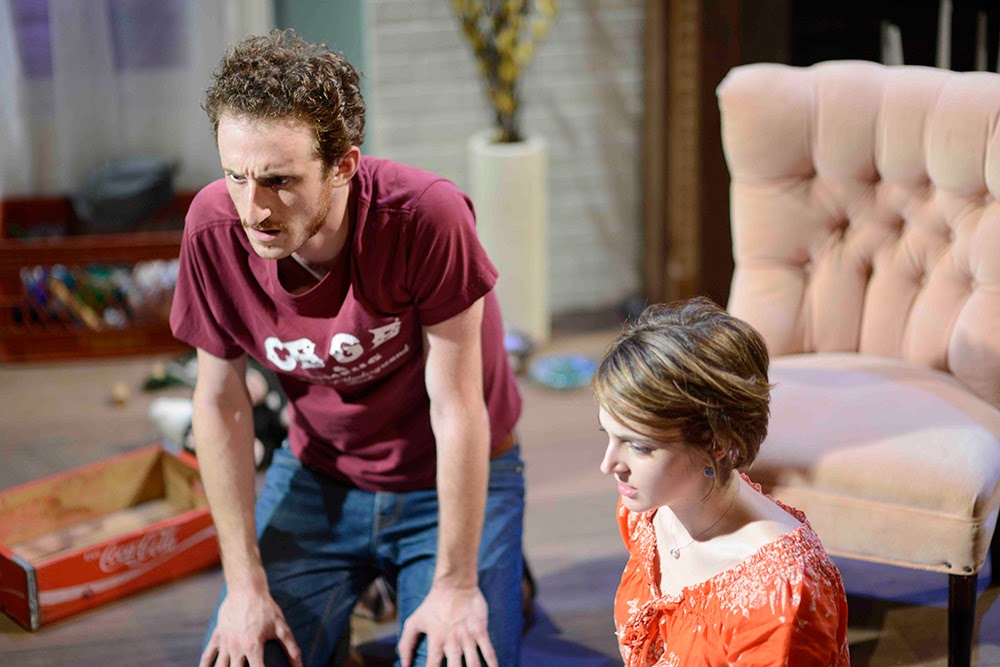 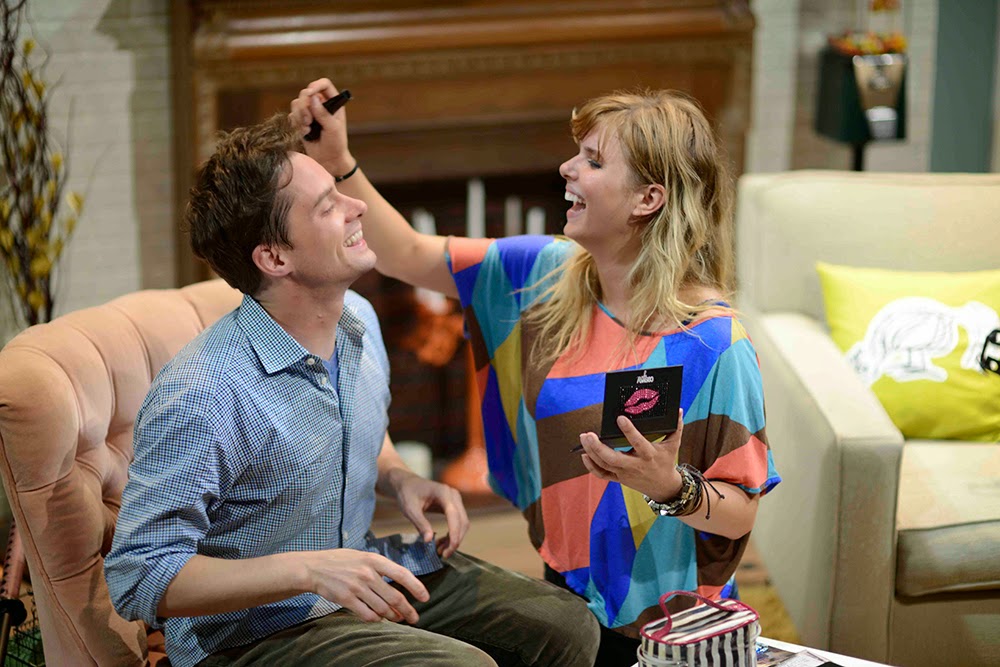 About the Production
Rubber Ducks and Sunsets by Catya McMullen tells the story of five Brooklyn twenty something's who come together following the death of their friend, Al. They cope in unique ways - anything from performing rock concerts in bathrooms, to competing in the drug filled triathlon knock off "the Iron Bro," to uncovering the strange secrets of Al's past. With heart and humor, McMullen's play explores the recklessness of youth, the nature of greatness, and how we can try to live for those who have died.

Guy: We've been developing scripts with Catya McMullen for a few years now. This was the culmination of years of work.

Scott: The playwright Catya McMullin is a dear friend of mine. We had been looking for the right project to work on together.  The subject matter and overall tone of the production was very near and dear to my life.

Amanda: Ground UP Productions has been like family to me. I am their resident costume designer so I have designed all their shows for the last several years, but Rubber Ducks and Sunsets was a particularly special show. Dan, one of our company members, passed away not long before this show and he was influential in making this show happen, all the way from helping organize the workshop of the script in the very beginning. So in a way, working on this show was like a thank you and goodbye to Dan from all of us who knew and worked with him. 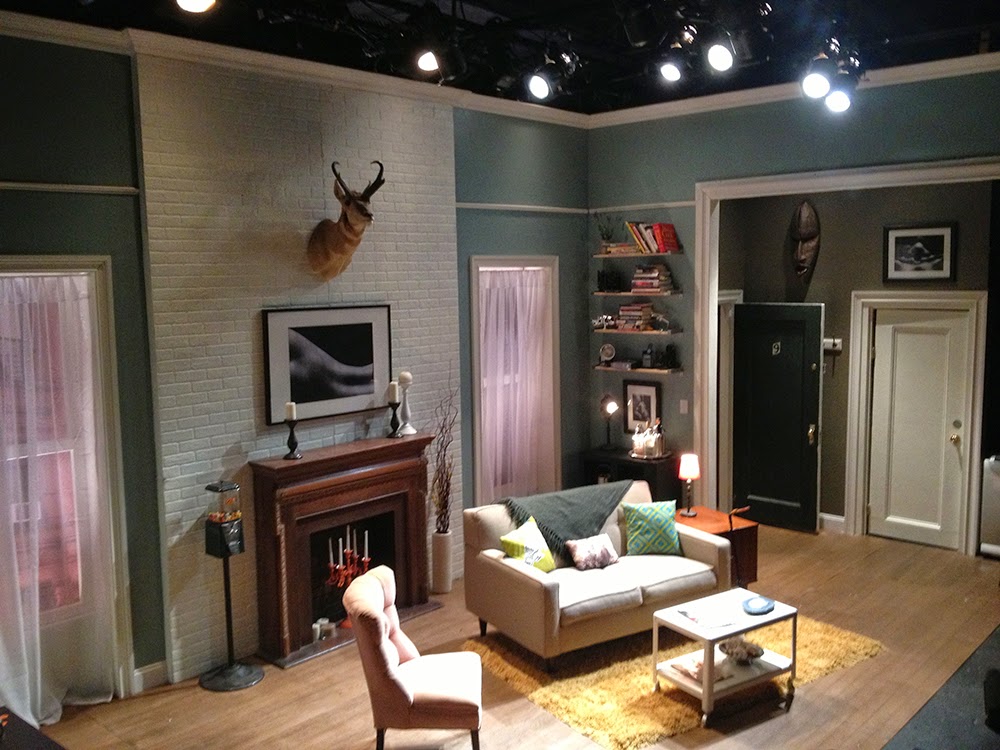 Guy: Collaborating with many members of our company.

Travis: As always Ground UP Productions pushes for the highest quality design work; it's a pleasure to have your contributions so greatly regarded.

Scott: The spirit of collaboration was vibrant and invaluable. I did most of my composing in the moment; during the initial read throughs and rehearsals. The cast and creative crew was the muse for the music. I have always enjoyed working more when I am not required to create in a vacuum.

Amanda: My favorite part of working on Rubber Ducks was probably getting to have so much fun with contemporary costume pieces. These are characters who like to take risks with fashion and play with color and pattern, so it was a lot of fun getting to shop for all these great pieces and search out items that just felt like they belonged in their closets. It was also a lot of fun to people watch as I was looking for inspiration for these characters and see some of the brave and inventive ways that real people can make common items their own.

Travis: The scenic description changed from an impressionistic multi-location set to the realistic interior of an upscale, multi-room brownstone apartment; the budget did not.

Amanda: The most challenging part was the number of different days (and thus different looks) that the script called for. Working on a tight budget (and a few very quick changes) means that I have to be inventive in the way that pieces get layered or added on to show the passage of time, without taking away from the very quick pace that the director, Kate, wanted for the scenes and transitions. It was certainly a challenge to make sure that everything still felt character and seasonally appropriate, while keeping in mind that they were in several back-to-back scenes, with very different tones, and had only a few seconds to make their changes between them. So, a challenge, but a fun one.

Scott: The closing night. I am not use to the transient nature of theater. My artistic experience has always revolved around continuous work with the same group of people. But to build up trust and vulnerability with a group of people and then a few months later say good-bye was a bit of a shock to the heart, so to speak. Though I have tried to stay in touch with a few of the cast and crew, I'm still very sentimental about that production.

What was the most memorable thing about the production for you?

Amanda: Well, I think one thing I will particularly remember about this show was how absolutely hot it was in the theater in the summer. The actors kept sweating through their costumes on stage (particularly during tech), which if you've ever tried to pull off a soaking wet shirt you know isn't a quick process, so try doing that during a quick change. But they all did a fantastic job getting through it, even when they had to underdress a change, and I was really happy with how it all turned out.

Scott: We took a week to workshop in a cabin in Vermont. I showed up with a number of ideas and themes written for the piano. The moment I walked in the door, before I even put my bags down, Catya told me that all the music was going to be on the guitar and that the script I had been working from was no longer even close to what we were going to be working from. None of what I had prepared was going to translate properly.

Luckily I never travel without my guitar. I spent the next few hours out on the back patio that overlooked a lake chain smoking and preparing a copy of the new script for that nights read through. 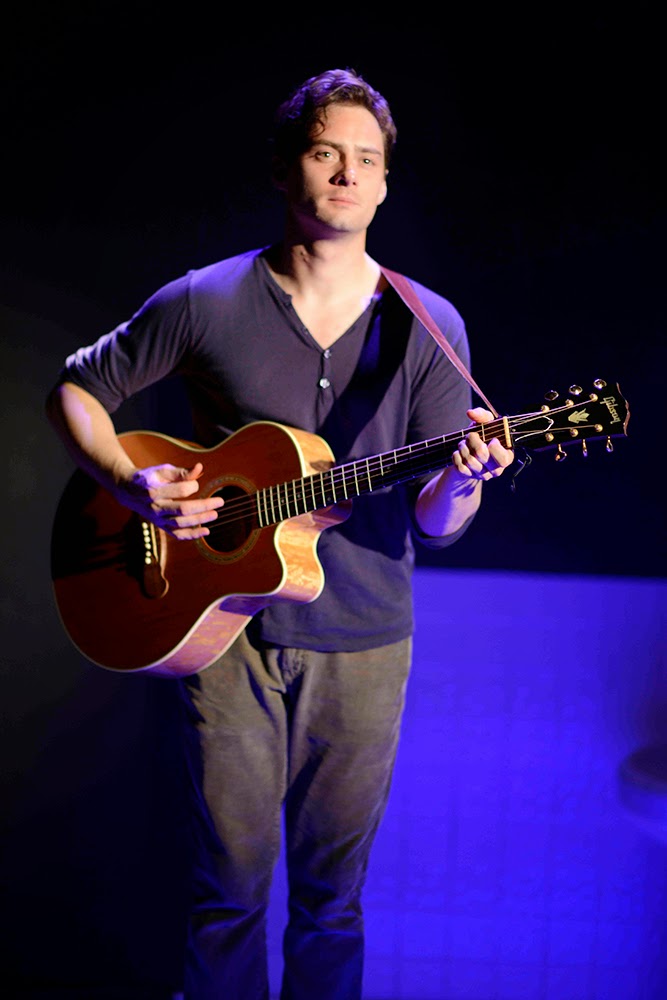 At that night’s table read through I just improvised and shrugged my shoulders after every cue. The one thing that was in the back of my mind the entire day was the ending piece called "Al's Lullaby". I had no idea what was going to happen with that. It needed to encompass everything that had taken place in the show.

The moment came. I shut my eyes and began to play. For the most part, what we had as the final piece was what I played. It just flowed forth. After I had finished playing and the last line was said we all sat in silence for almost 10 minute. A room of strangers had all participated in creating a powerful and singular moment. These are the things that live art can bring about. Rare and unadulterated connections between people. I will cherish it always.