Nomination: R+J: Star-Cross'd Death Match is nominated for Outstanding Revival of a Play 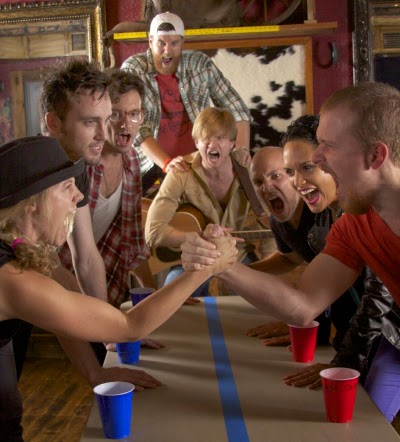 About this Production
R+J: Star-Cross'd Death Match is a highly immersive production of Romeo & Juliet that places the audience right in the middle of Shakespeare's most famous family feud. When two households break from ancient grudge to new mutiny, spectators must pick a side in the fight! Young love clashes with quick tempers and there will be consequences for actors and audiences alike! Watch your back and fall in love in an evening of rivalry, romance and really awesome drink specials.


What attracted you to this project?

David: Three Day Hangover was founded in 2013 in an effort to meet the audience on their turf; in the bar! The idea of bringing Shakespeare to the masses, making it fun, accessible, exciting and moving in a new way is what drove us to create the show. We were very interested in finding the "groundlings" experience, and we think we were very successful in that endeavor.

Lori: I knew it was an opportunity to make Shakespeare super accessible and FUN for an audience of people who had either seen a lot of Shakespeare, or maybe no Shakespeare, and that was really exciting for me! I hadn't directed much Shakespeare, quite honestly because I don't often find it accessible myself. This adaptation worked for me because it honored Shakespeare's play, but also got at the guts of the conflict through a fresh, new perspective.

David: My favorite part of working on the production was the collaboration with all of the actors in creating the total experience. Working together to create fun, exciting and surprising moments in the rehearsal room is the most rewarding thing you can ask for. When the director is able to bring all those ideas together and create a magical evening, it is amazing to watch and experience that.

Lori: Three favorites: I loved the Mercutio/Romeo rap! So fun, engaging, and such a great example of Titus Tompkins (our Soundpost and co-Sound Designer, who composed the cipher) making the language work in a surprisingly relatable way for our actors and audience. Ben Charles had the brilliant idea to overlap the Romeo/Friar and Juliet/Nurse banished scenes, and once we went through, line by line, and got it to click in rehearsal, I got goosebumps watching it every night. And, of course, the scene that everyone left talking, the balcony scene. The idea happened so organically in rehearsal, which is always the best, and it was staged so that Romeo ran down to the sidewalk of 44th Street with various audience members, and Juliet flung open the windows with the remaining audience on the second floor of the bar- so you either experienced the scene with Romeo from below, or Juliet from above. It was magical, and numerous people told me it was a theatrical moment that they'll remember the rest of their lives. I know I will!

Beth: The beginning. I've never seen a production of Romeo and Juliet where the tensions in Verona actually land at the top of the play. The first 5 minutes of our production took my breath away. This adaptation was so exciting because, with the way the audience is swept up in the Capulet/Montague rivalry from the moment they walk in the door, the start of the play --all that violence sprung from kids acting up and getting out of hand -- finally landed for me. The rest of the play was SO MUCH more alive because it launched in such a rowdy, authentic way. 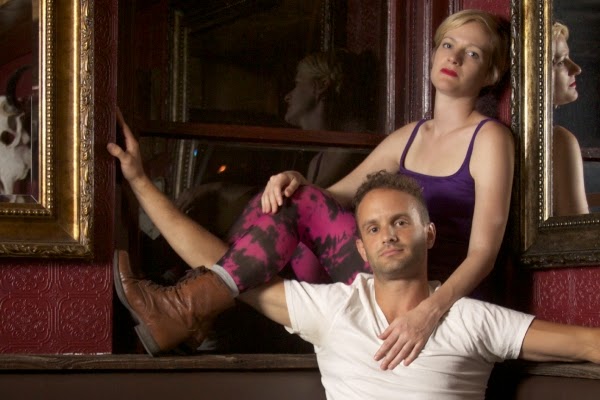 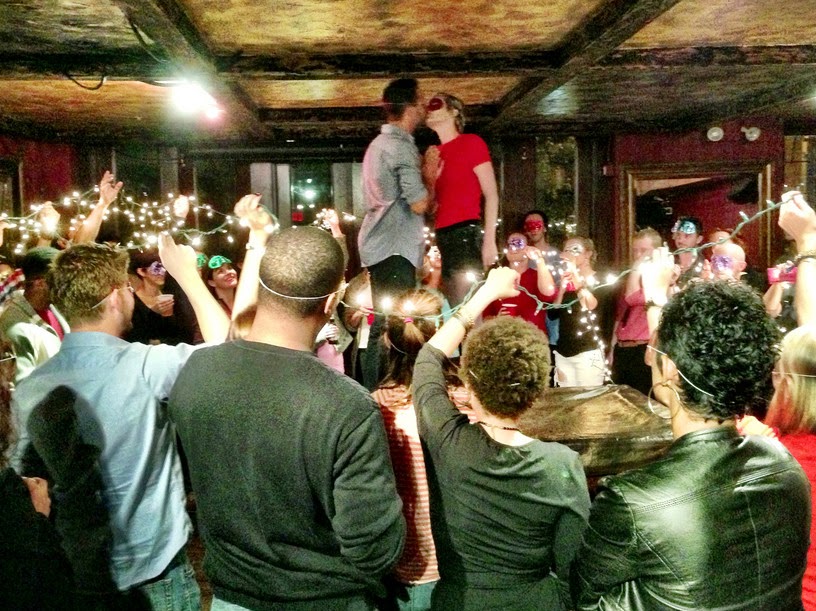 What was the most challenging part of this production?

David: The most challenging part of a show like this is the fact that we're performing in a bar! Taking an audience that might not enjoy traditional Shakespeare, and teaching them that it can be exciting and relatable in an alcohol infused environment is tough. We dealt with people who had too much to drink, we had people who loved the drinking games a little too much, and since everyone was on their feet the whole time it was a constant challenge to keep their attention for the full show.

Lori: With all of our work, the audience is a huge variable. In so many ways, they are a scene partner for every actor throughout the play, which can be wonderful and terrifying at the same time. We try to do a lot of work in the room to prepare for the extra energy, stamina and focus required to do this more immersive style of theatre, but I don't think anything quite compares to the energy of a live, boozy audience.

What was the craziest part of working on this production?

David: Our venue was SOLD a week before opening the initial run! We showed up to the bar, and the windows were covered in butcher paper with a tiny "closed for renovations" sign. After hours of trying to reach contacts, and hours of actually waiting outside the bar to catch someone, we ambushed the new owner. He had no idea what was happening, and said there was no way they could do it since renovations were starting the next day. We sat for an hour together calling other bars he knew! Finally, we begged and pleaded to have use of the upstairs space, guaranteeing sales and business, and they agreed. We played the first 6 performances in a closed, construction filled bar, and the response was so overwhelming that we added an additional 10 shows a month later once the bar was actually open!

Lori: After losing our Benvolio eight days before opening (which was crazy enough), we showed up at the bar on the Thursday before opening (the following Wednesday) for a rehearsal and the door was locked with there was butcher paper on the windows with a small sign saying, "closed for renovations". We couldn’t get any contact info for the new owners, so the next day, David (3DH co-founder) went to the bar to stand and wait for someone to show up. When a man we now know and love, Tony, finally showed up at the bar, he told David there was no way to do the show because jackhammers were arriving Monday to start construction. After two hours of sitting with David calling other bars trying to find another location, Tony agreed to work it out so we could use the upstairs for the 2 weeks of performances and, as they say, the show went on!

Beth: Well, we consistently got some great reactions from passersby on 44th street during the balcony scene. I particularly enjoyed when the cops showed up, drawn by Romeo's caterwauling, and they pulled out their heavy duty flashlights to help light Juliet up in her "balcony" in the bar.

What did you want the audience to take away from your production?

David: We wanted the audience to come away with the realization that Shakespeare doesn't have to be stuffy and reverent. His stories have withstood the test of time because everyone can relate to them, yet too often people feel removed from the characters. The goal with all of our productions is to let the audience into the lives of the characters in a way they've never experienced. We want people to sit back, relax, have a beer, then lean forward and get swept up in a story they thought they knew, made new.

Beth: I hoped the same thing I hope for all our productions; that they'll experience these great stories in a way that is new and surprising.  3DH audiences can trust that they won't know what to expect next, just like the first audiences, even though the play's hundreds of years old.

Posted by IT Foundation at 9:59 AM