About this Production
Set in a future devastated by “The Cataclysm,” which makes finding a fertile mate more challenging than ever, FutureMate will help audience members locate that special someone (free of the Nightwalker mutation, of course). Come see all the benefits that await you while doing your part to rebuild our great nation. An immersive experience that combines film, theater, and web-based storytelling, FutureMate is a wickedly funny satire about life, love, and the modern surveillance state that should not be missed!

FutureMate was the winner of StoryHack Beta, StoryCode’s first story-centric hackathon hosted at the Film Society of Lincoln Center. The full experience premiered at The Brick in Williamsburg, Brooklyn in 2013. In addition to the theatrical experience, the FutureMate story world spans multiple platforms that include: futuremate.us (a government-run dating site); a two-minute commercial for the FutureMate system, gn0s1s.net (an anti-government manifesto); a guerilla-style anti-government print campaign; ‘in-world’ Twitter feeds; as well as a phone-based speed-dating experience to pair audience members with one another.

Gyda: FutureMate was developed as part of the StoryCode/Film Society of Lincoln Center StoryHack in March of 2012. We did a 15-minute version of the piece there, and won(!!) which was very exciting. From there, a few of the members of our team really wanted to continue with the piece, so we expanded it to a full-length work.

Brian: It was a fun way to explore the idea of post-apocalyptic dating.

Brian: Watching the audience slowly discover the world of FutureMate through small details like: a restructured government, a new national anthem and the existence of Nightwalkers. 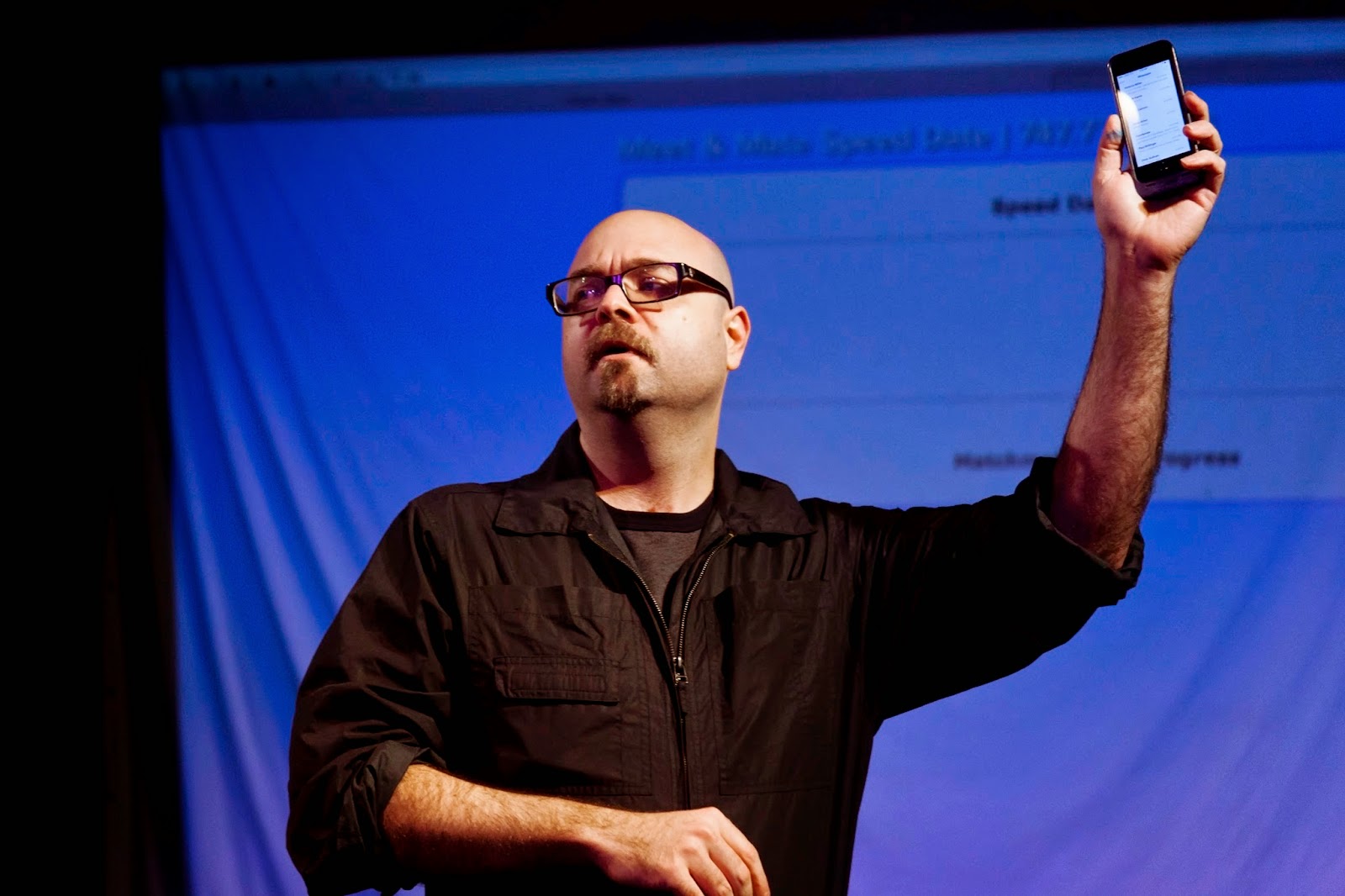 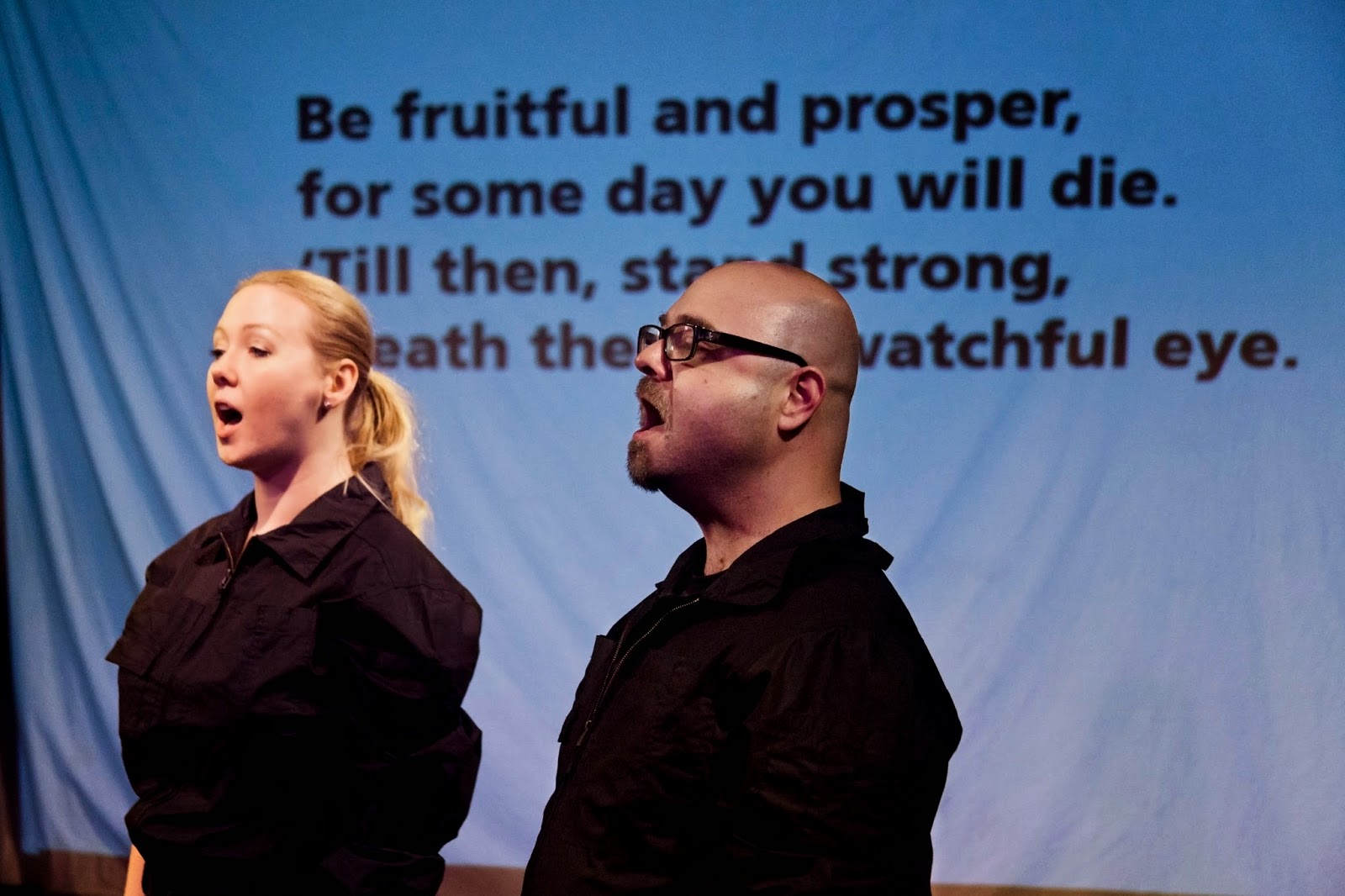 Brian: Multi-platform shows with audience participation can be tough for theatre-goers to wrap their head around. We worked hard to acclimate attendees slowly.

What is the craziest part of this production?

Brian: We ask audience members to give us a DNA swab when they arrive. As you can imagine, it's lead to some pretty varied responses.

Gyda: The theme of a surveillance-state runs throughout the piece, from the opening DNA swabs to the recorded calls. Something to be aware of with the NSA and our phone companies tracking everything these days!

Posted by IT Foundation at 2:32 PM