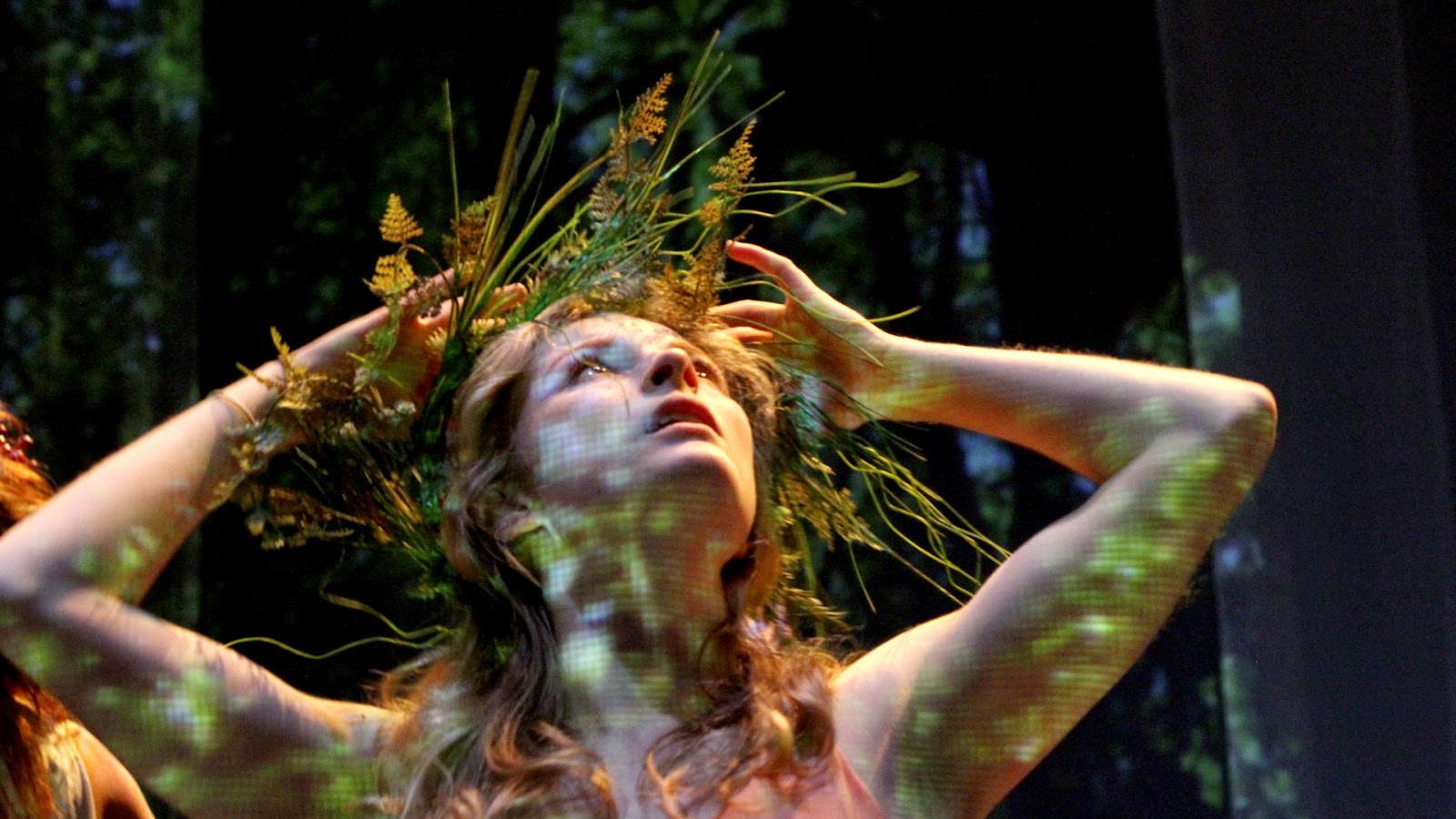 About this Production
Fire. Water. Night by Yara Arts Group adapted spring and summer rituals into a World Music Theater piece that moved throughout the lobby, risers and playing areas of La MaMa’s Ellen Stewart Theatre, reveling in the imagery of the spring thaw, of awakening forests and of midsummer fire rituals. The work, conceived and directed by Virlana Tkacz, interwove performances in English and Ukrainian, including fragments drama, poetry, dance and song. It featured a score by electronic music composer Alla Zagaykevych, traditional ritual songs from Ukraine and raucous dance music by Toronto’s Lemon Bucket Orkestra. The experience was highly visual and musical and is completely accessible to all audiences which followed the performers to witness and take part in the scenes.

Director Virlana Tkacz, and composers Alla Zagaykevych and Mark Marczyk (of Lemon Bucket Orkestra) give us some insight into the creation of this sight specific production that explores the relationship between nature and technology.

Virlana: I wanted to address our disruption of the cycles in nature and the simultaneous disappearance of an entire layer of traditional culture. The production moves through the spaces of La MaMa’s Ellen Stewart Theatre to explore our relationship to water, trees, fields and our entrance into a digital landscape. I wanted to retrace this journey viscerally for the audience, make it engaging and fun, yet chilling. Through various levels of engagement the audience becomes a participant or witness to the constantly moving performance, becoming immersed, activated and taking part in the action. We move from elements deciding to turn into a frozen river, to a rushing spring flood, to the first entrance of people into a forest, to the transformation of this landscape into an agricultural field, to a harvest that becomes mechanized and digitized to the elements deciding to freeze.

Mark: The opportunity to work with Alla Zagakevich and living in New York for a few weeks

Alla: I was excited to work with such a wide arsenal of artists. As a composer, I was given the opportunity to work with all a variety of performing artists - instrumental group "Lemon Bucket Orkestra", vocal group, performing Ukrainian folk songs and soloists that sang in different manners ... and - the possibilities of electronic music.

Virlana: I loved the moment when the women appeared high up on the bleachers and sang the traditional songs that were used to chase the spirits into the forest. Then they come down the steep seating platforms of La MaMa clapping and chasing our living forest through the audience that was sitting on carpets on the floor. Then the curtain in back opened to reveal the three-sided huge projections of a magical forest and as we turned, we found ourselves sitting almost in the center of this beautiful and strange new world.

Alla: The most interesting part of the project was creating the music for the different performance mediums. We created music for projections, and actors, and dancers and an interaction of these elements 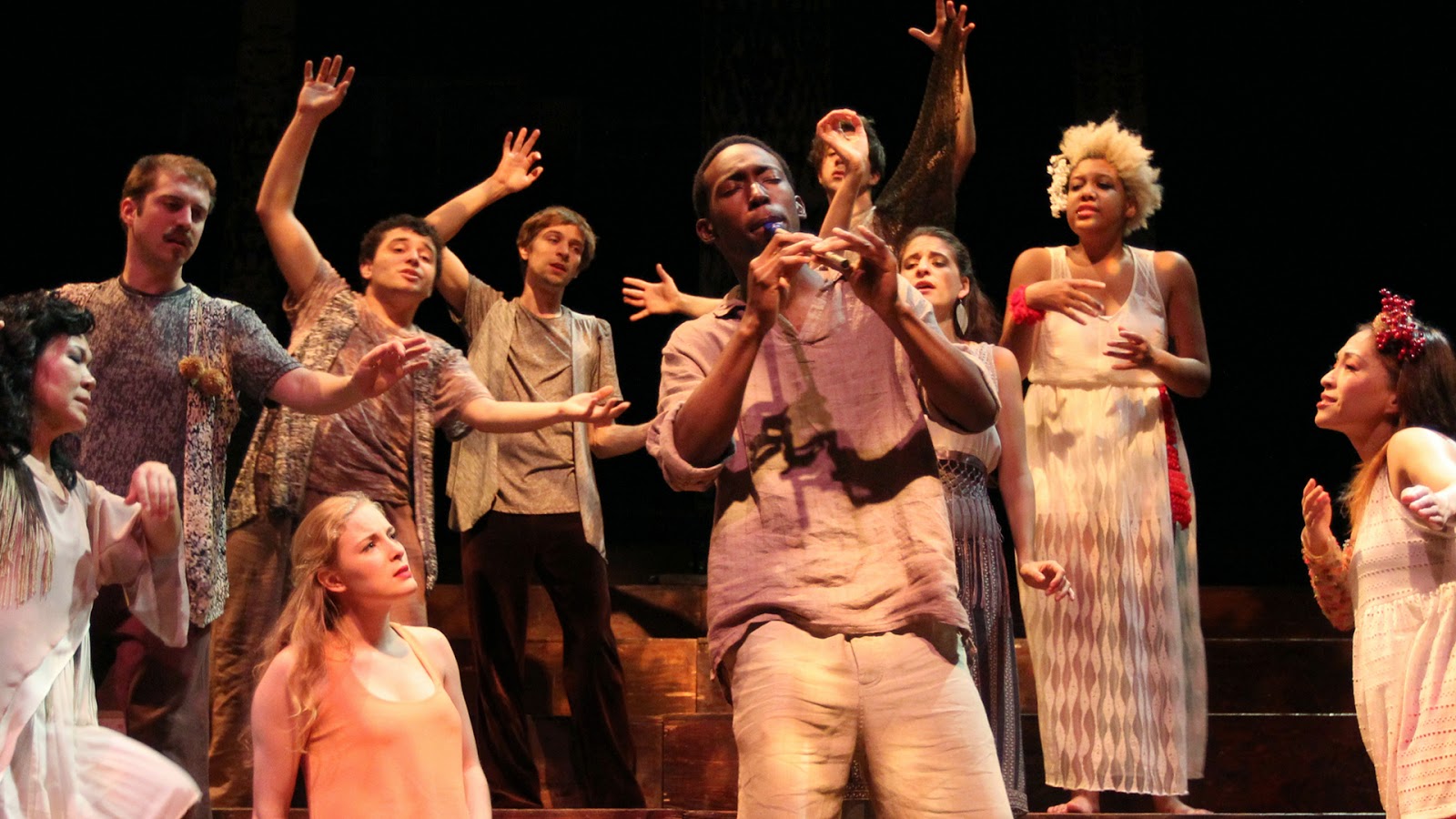 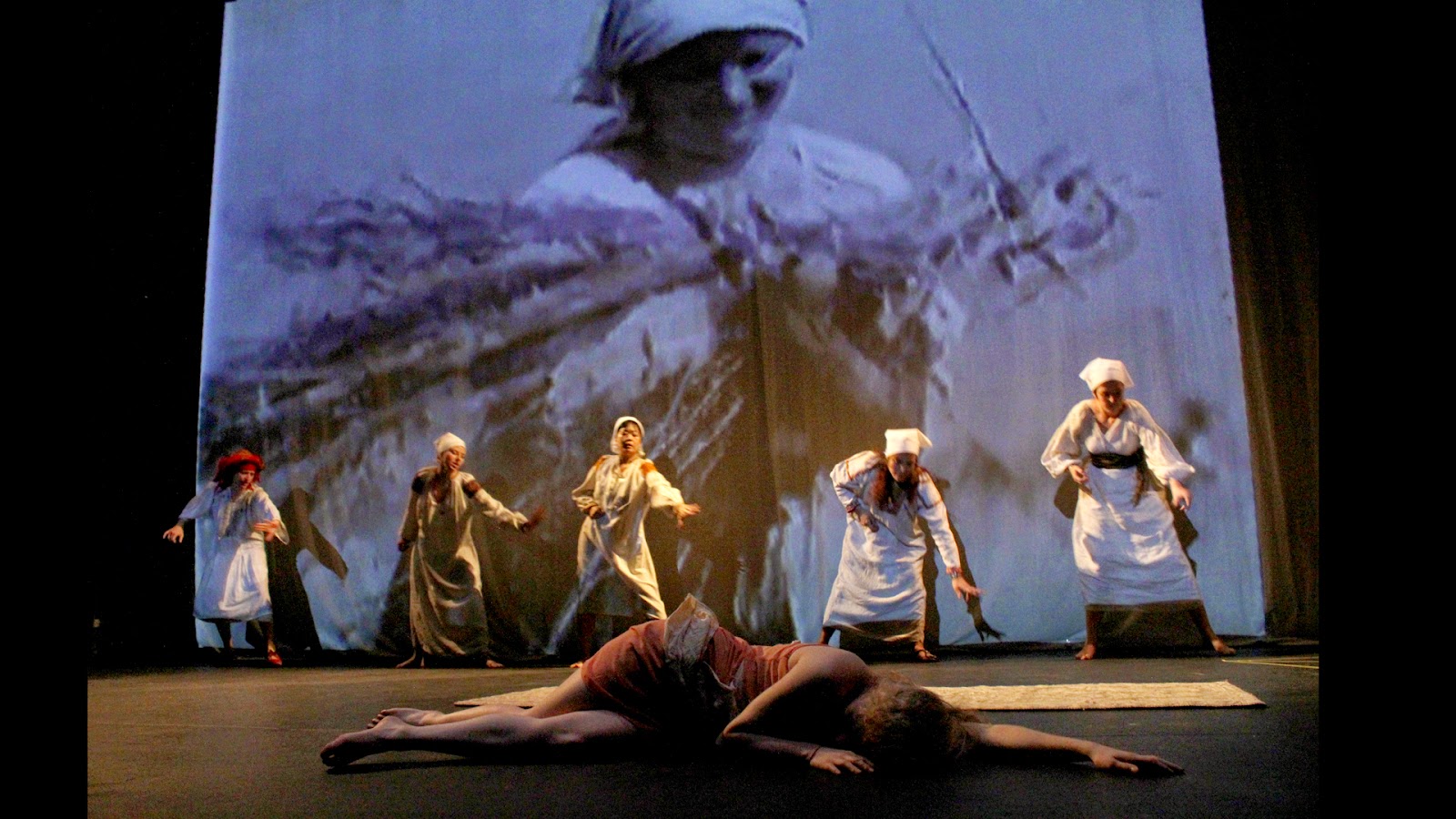 Virlana: The challenges were many: I had to convince one group of performers that they were going to play trees and have them work for hours on movement with our choreographer, Shigeko Suga. Another group performed songs in a language they did not know and in a manner that was totally foreign to them with Alla Zagaykevych. It was also hard to rehearse a site-specific piece in a rehearsal hall. But once people really understood how everything related viscerally and in space, it all came together.

Mark: Sitting around and waiting to make music.

Alla: The most difficult part was the combination of different cultural environments in this production. The main text was originally Ukrainian that was adapted by Lesya Ukrainka into English but there were still lines and lyrics in different languages and the artists themselves were from a number of different cultures.

What was the most interesting part of working on this production?

Virlana: Working with so many people from so many places many quirky and funny things happen, but I was most moved how all these very different elements and people came together in the performance.

Alla: It was very interesting to watch the performers discover how to sing with the "voice of the wind" or the “voice of fire" And I was very impress by how quickly and masterfully everyone learned all of the elements. 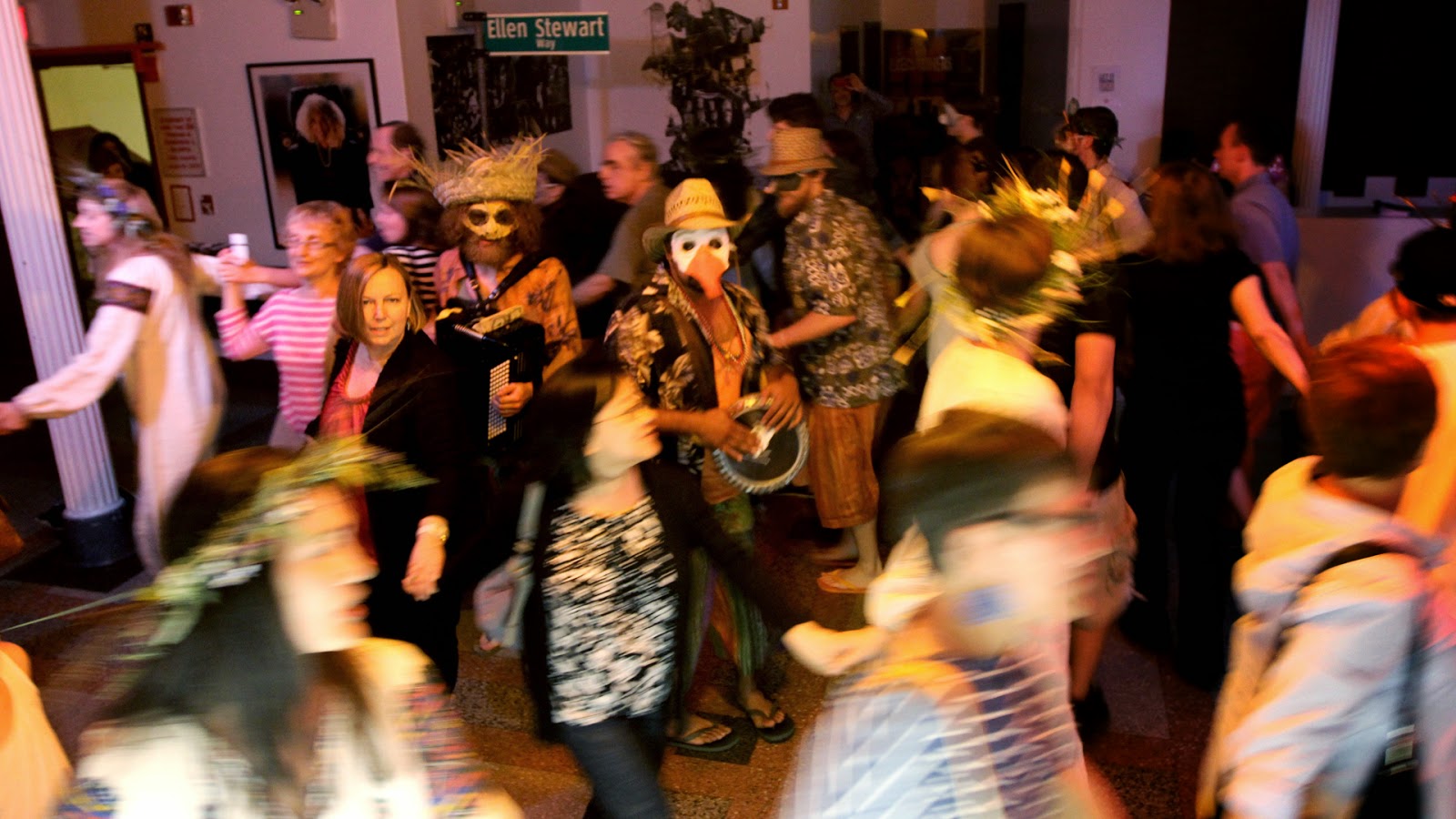 Virlana: The environment and culture are deeply linked. Traditional culture, with its special magic and joy, disappears as agriculture transforms into mechanical and our landscape becomes digital. I want the audience to think about, or more importantly to feel and experience what we are losing and what we are gaining.