Produced by Wrong House Productions
By Jessika McQueen, Shannon McInally, and Alyssa Abraham (The Women of Wrong House)
Directed by Greg Pragel
Nominated for Outstanding Premiere Production of a Play

It's been a decade since high school, so it's probably about time to get the gang back together at their old stomping grounds, right? But as the liquor flows and the weather goes from bad to worse, secrets start to unravel and everyone is forced to confront a shared trauma from their past that most would rather forget. A dark comedy about nostalgia, friendship, and grief. 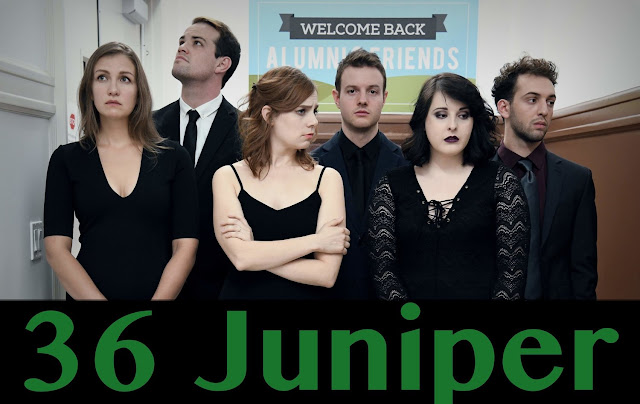 Jessika: Written by the Wrong House Women (myself along with my partners in crime Shannon McInally and Alyssa Abraham). We wrote 36 Juniper to tell the story of the aftermath of trauma. What happens when the cameras turn off and reporters are gone? When people stop checking in, aren't wondering anymore how you're holding up? When the world moves on to the next tragedy? When the next school shooting happens, and then the next and then the next, and what you lived through is for you to live with, because the world has moved on? We also set out to: 1) Write a play that catered exclusively to a millennial-aged cast with strong roles for young women; 2) Engage our generation and get them out to the theatre; and 3) Explore the state of said generation. This is a show by millennials about millennials. It is about how we handle our grief. It is about how we deal with our trauma. It is about the way the world tends to look at grief as if it were the flu: intense and awful, but short-lived and full recovery expected.

Jessika:Creating the world of this project from the ground up is the most rewarding thing we have ever done. We came to the table with an inkling of an idea, went on a retreat to build that idea, built it into a story, spent months working and workshopping and shifting, and rebuilding, and then we brought in some of our favourite artists to be part of bringing it to life with us. We were the creators behind every element at every step, and building that was so rewarding. 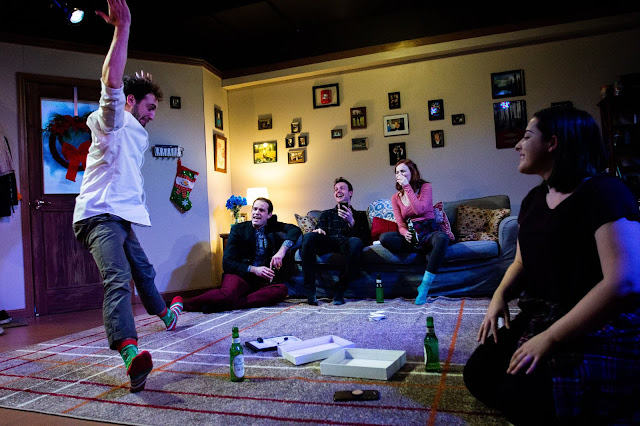 Jessika:The content of this play was devastating at times. The production focuses on the aftermath of trauma, and investigating that trauma took a personal toll on many of the artists involved. Particularly as it centers on a trauma that is so prevalent in the world we are living in right now. It was important, necessary work, but it was challenging to say the least.

Shannon: The most challenging part of working on this production was the editing and rewriting process. I think this script went through about 7 or so drafts from conception to the final production, including cutting an entire character and redistributing their track among the others. The rewriting was particularly touchy since we wanted to leave as much open-ended as possible. We love a morally ambiguous story (who's the protagonist/who's the antagonist--in life it's not always so cut and dry, and we like when this is reflected in art), so we had to be really careful about what information we revealed, and when, and this sort of delicate chemistry turned out to be both a nightmare, and a really exciting challenge for us as playwrights.

What was the most striking characteristic of the production for you?

Shannon: 36 Juniper is the first full length script that we've written! As a company we also produce a lot of original sketch comedy content, so we have experience in writing short comedic scenes, but this was our first foray into an entire world that the audience is invited into for 90 minutes.

Jessika:Ten years after high school, in a flyover state in the Midwest, Theo invites his old friends over for a night of drinking and catching up, with an ulterior motive of addressing some of the skeletons they’ve each locked up over the past decade. But not everybody is on board with bringing things out in the open, and there are some events that most would rather forget. As the night devolves, and a raging snowstorm traps them all in this house for the foreseeable future, everyone is forced to confront each other - and themselves - about the deadly shooting at their school that changed everyone’s life back when they were friends. Dealing with the decade long aftermath of that day has brought each of them to where they stand now in very different ways, yet the people they have become are still bound to one another by their shared past - and it’s usually the people closest to you that can damage you the most. A new millennial tragic-comedy about the wounds time could not heal. 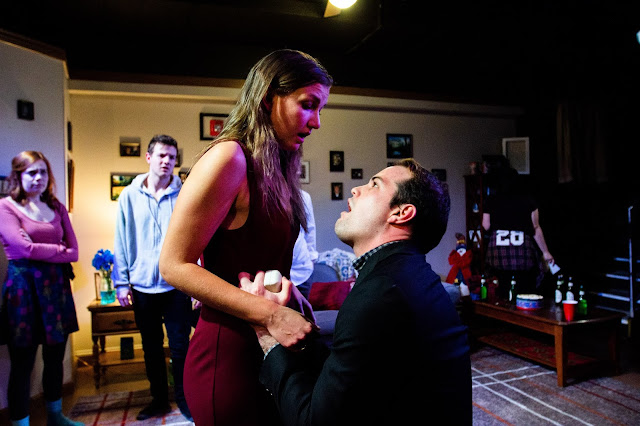 Jessika:This nomination belongs to everyone involved with the production. We have a small, tight-knit team who did everything. It's incredible when your colleagues become your family because of a project that connects you all in a powerful, life-changing way.

What does this nomination mean to you?

Jessika:It is an incredible honor for us to be recognized for this production. We are a young company, very new to the Off-Off-Broadway scene, and for us to receive this nomination for a work that we fully wrote, produced, designed, and acted in means the world to us.

Shannon: This nomination has been such a whirlwind of nostalgia and emotion for us! We've always known that this play was special (and trust me, I know that NOT ALL PLAYS ARE SPECIAL). Everyone involved in this production put their whole beings into it--baggage, guts, and all--and it's incredible to hear that it's been as affecting to others as It's been to us. We know that this play has a future beyond this production, and this nomination has been a nice bit of validation of that, and is sort of motivating us to start pushing a little harder for the next step! 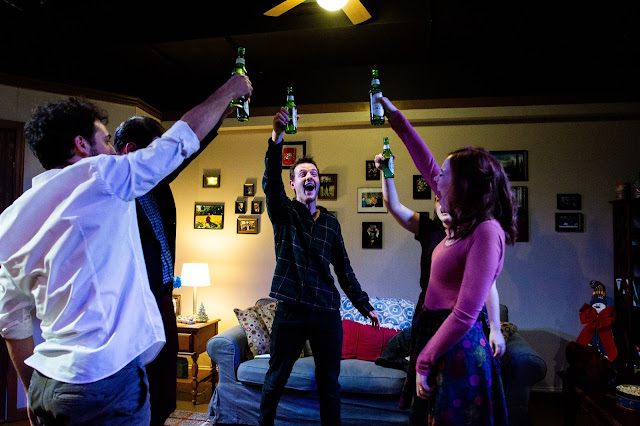 Posted by Ariel Estrada at 7:59 AM