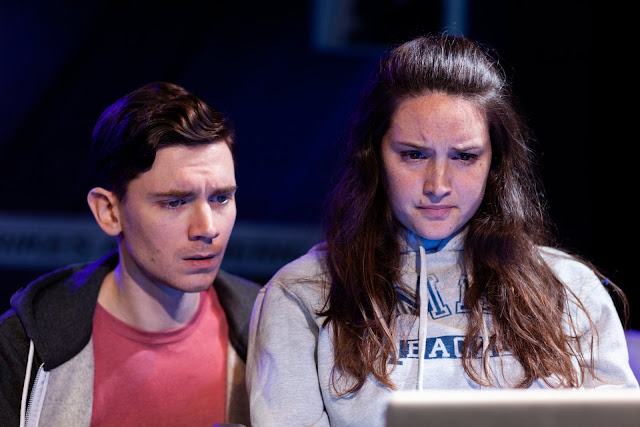 About Pigeonholed: Pigeonholed gives theater artists the chance to make the work they want to make, not the work the industry tells them they should be making.

About #yourmemorial: Lottie has always been that all-star student who’s everyone best friend. Fresh out of college, she’s determined to change the world and make a difference. But when she dies at her internship in Afghanistan, the internet threatens to tear her memory apart. As fangirls, rubberneckers, pseudo-friends, trolls and her own social media fuel the digital storm, Lottie's friends will struggle over how and who gets to tell her story, and what her legacy should be. #yourmemorial is a play about what we choose to remember, what we refuse to see, and what it means to be real in the Facebook age.


Emily: #yourmemorial is a play about what we choose to remember, what we refuse to see, and what it means to be real in the Facebook age. Looking back, I think the heart of this story was born during the times of the US invasions of Afghanistan and Iraq following 9/11. I remember thinking very clearly at the time “I’m only fourteen and even I know this is some horrifying bullshit going down.” Ever since then, I’ve been surprised again and again by how little Americans (myself included!) notice or even think about the military actions that America is waging around the world, in the name of our supposed safety. At the same time, I’ve always been fascinated by our relationship to trauma through social media. In my very humble opinion, social media allows us to flirt with the sexiness of political action and others’ trauma - then conveniently dismiss that with a scroll. Again - that’s some horrifying bullshit. They say that for a person with a hammer, everything becomes a nail. Playwriting is the biggest hammer I have. I wanted to tell a story in a super theatrical way that forced us to confront the ways we choose to forget or remember with social media, and the hubris and hope of “making a difference”. You know. Kitchen Sink Drama stuff.

What was your favorite part of working on #yourmemorial?


Emily: Getting to work on any production feels like it’s your birthday every day of rehearsal. Using the rehearsal process to actively workshop the script by trying things out in the room was such a joy, even during those stressful moments that come with any process (hey, joy can be stressful).

Justin Cimino (Producer): Emily Daly's  play is awesome and getting to workshop the play with her over the course of a year was the best part of this experience. 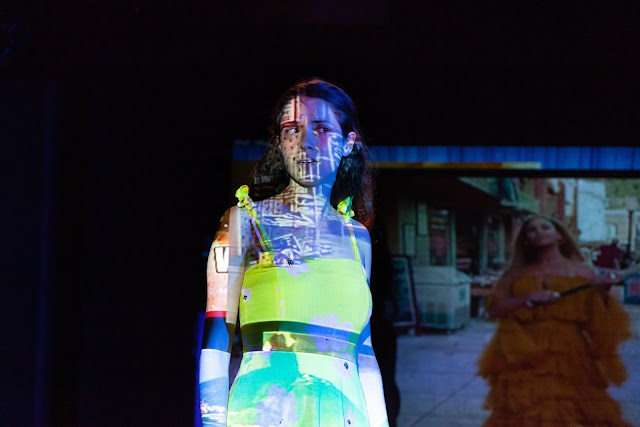 
Emily: In a very basic sense, #yourmemorial is a digital ghost story - featuring a social media account come to life, speaking through posts, comments and photos. I always knew that our greatest challenge in this production was going to be translating that digital haunting into a theatrical vocabulary. Thankfully, I had a team of incredible collaborators, including director Emily Lyon, costume designer Sera Bourgeau, set/props/projection designer Susannah Hyde, lighting designer Sammy Jelinek, and sound designer Carsen Joenk. We also talked a lot about how this play takes place in 2013, which in social media terms means its a period piece. Remember what the old Facebook interface looked like back then? We do.


What was the coolest part about your experience?


Emily: I sat in the back row of the theater for every show, so I could watch the audience watch the performance. (Yes, Audience. We playwrights are always watching you. We’re creepy like that.) There was one night where I watched a woman in the front row who, to my eyes, spent the whole-time sighing, squirming, and looking around the room. At the end, she spoke intensely with all the audience members around her before leaving. I assumed she had just had the worst night of theater in her life and was telling everyone how much she hated it. I found out later that I had it totally backwards - she had loved it, she had been so excited and provoked by the story, and had just been telling everyone how moved she was. That felt pretty cool.


What is the best thing about working with Pigeonholed?


Emily: Dude, they are so smart. There were so many changes to the script, and I brought in a lot of new pages. By a lot, I mean A LOT. Pigeonholed producer Justin Cimino was always supportive, and the actors John Dewey, Sasha Lazare, Esmeralda Garza and Meredith Starkman were theater warriors 100% ready to play. Also, my director Emily Lyon and stage manager Lindsey Zinbarg deserve gold medals for gently taking the script out of my hands a week before we opened and saying “Sweet Playwright, we love you, but you have to stop writing entirely new scenes, dammit.” 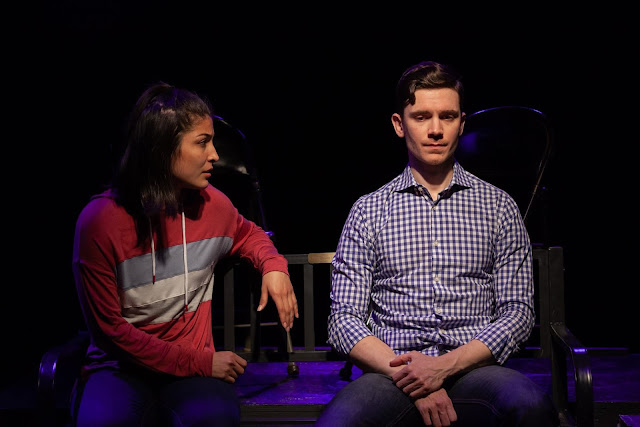 Did you discover anything new while writing #yourmemorial?


Emily: David Van Asselt, the founding Artistic Director of Rattlestick Playwrights, told me way back when I started writing that the best way for playwrights to learn is to see their work fully up on its feet in production. This process showed me just how true that is. By getting to see this story fully realized onstage, I learned so much not just about this play, but about my own artistic process - what it means to rewrite, what it means to collaborate, and what it means to let a story fly on its own.


Emily: So often in the theater, especially as a writer, it feels like you’re throwing stuff into the void. This nomination is a wonderful reminder that I’m writing for real people, who generously listen to the stories I have to tell. Thank you!

Justin Cimino: This will be the first awards recognition our fairly young company has gotten, and for our first time producing an original work. It makes it that much more special that we nursed the piece over the course of the year with Emily.