The Harrowing of Hell

Produced by American Theatre of Actors in association with Collectio Musicorum, Inc. Written by Aonymous
Translated & Directed by Jeff Dailey


About The Harrowing of Hell
Sometime in the 13th century, an anonymous author wrote a short play detailing the events of the Harrowing of Hell, when, after dying, Jesus went to Hell to rescue all the prophets imprisoned there. This play, one of the first ever written in English, was so popular it survives in multiple sources, but it had never been performed in the United States. Newly translated into modern English, the play explains how Jesus vanquished Satan, and then released Adam, Eve, and others from their hellish imprisonment. Also on the program was another medieval play, "The Fall of the Angels," dating from the 14th century, which shows how Satan came to be cast into Hell in the first place, along with a performance of "The Soliloquy of Satan," by the 20th century American poet Elliott Blaine Henderson.

What first attracted you to The Harrowing of Hell?


Connor: I love classical plays, and it's a rare opportunity to work on a piece both classical, and a world debut!

Jeff: The process of translating the original text into modern English and then giving the first performance ever in North America.


Connor: Immersing myself in the medieval mindset and attempting to articulate their worldview onstage.

Jeff:  Working with the actors on both the language and the theology of the play.


What was the most challenging part of this experience for you?


Connor: Wrapping my brain around the rhythm and structure of the language was sometimes very challenging. It's a mode of thinking neither contemporary nor Shakespearean! 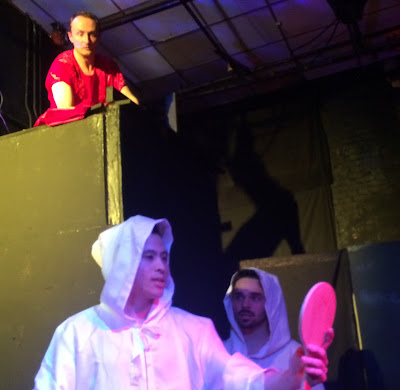 What was the funniest or most ironic thing that happened during this process? 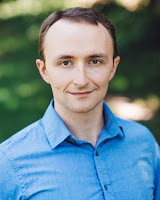 Connor: It turns out dropping a cloth on someone accurately in much more challenging than one might think.


Connor: I've gained a new appreciation for poetic language, and perhaps permitted myself a little leniency in tackling roles I consider unapproachable (like God).


What did you want the audience to come away with after watching The Harrowing of Hell?


Jeff: An understanding of a different historical time and the theology that was a part of everyone's life back then.


Connor: I loved the diversity of perspectives and approaches the company brought to the table. I can't remember the last time I've worked with such a differentiated group.

Jeff: They all took a leap of faith to devote weeks of their lives into a production unlike anything they had done before. They agreed to learn not only their lines and blocking, but the tremendous backstory of medieval life and theology. 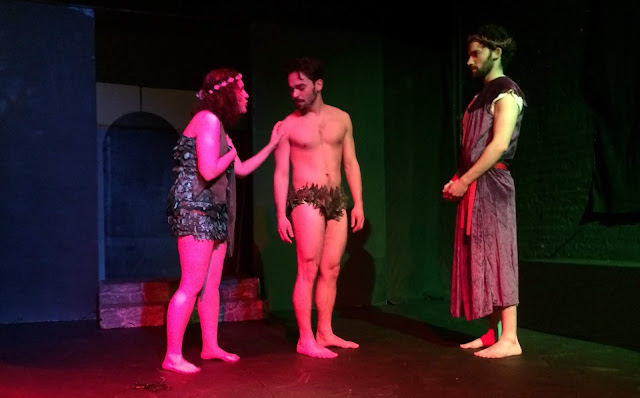 
Connor: This is the first tangible recognition I've received in this city as an actor, and I find that quite gratifying.

Jeff: Recognition that texts from centuries ago still speak to us.