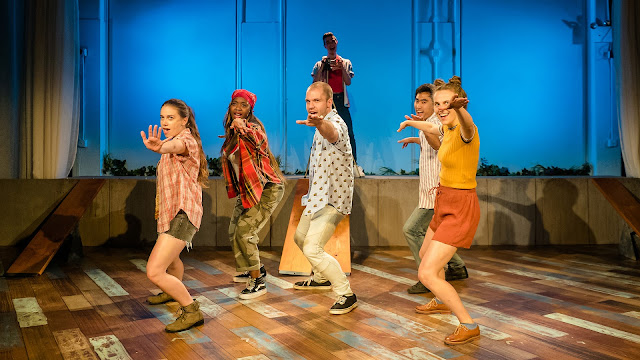 About Isle of Shoals Productions:
The Isle of Shoals motto is “Theatre for Discovery.” Since its founding, Isle of Shoals has maintained a commitment to developing and producing pieces (from brand new to ancient), which might otherwise never or seldom get to see the light of day in our present theater ecosystem. The works Isle of Shoals gravitates towards are those which celebrate the human spirit and enrich the artistry of early and mid-career theater professionals of every stripe and creed. We pride ourselves on being the inclusive theater company that says “yes” to brilliant new ideas that are elsewhere met with echoing “no”s. Isle of Shoals has invested deeply over the years in developing pieces that defy the commercial theatre tropes of “straight plays” and “musicals.” Mindful that the earliest dramas were in fact chanted, and the earliest operas placed more emphasis on words than on music, we strive to find unique and adventurous ways to bring the two together.

About Alex & Eugene:
A world premiere musical suggested by Alexander Pushkin’s "Eugene Onegin," but set in contemporary New York among a group of theatre kids valiantly trying to hang on to friendship, love and idealism while trying to make it in a cutthroat business. A thoroughly modern tale of young artists struggling to find themselves in a world where their bond with each other is often the only refuge from despair


What first attracted you to this project?

Reggie: I had just graduated from college, and it was a piece about a group of overconfident artists graduating college, finding solace and a tribe in one another; there was a message there that I loved.

Katherine: My character. I love getting to play the comic relief.

Rori: It was a world premiere musical in NYC

Anna: I’d had a great experience working with Isle Of Shoals before, and was excited to work with Justy and Bryan again!

Asa: The combination of drama and comedy in the writing and the lighting opportunities that go with the high theatricality of the piece.

Bryan: It's a multi-leveled story of love and friendship that is funny and heartfelt, and ultimately tragic. 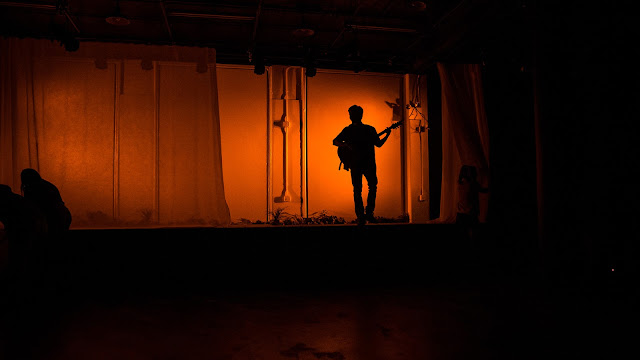 What was your favorite part of working on Alex & Eugene?


Asa: My favorite part was programming the lights for the various musical numbers. I really loved working out the timing of the cues to work with and support the music.

Bryan: The unbridled enthusiasm and creativity of the entire company.

Reggie: It was my first show in Manhattan, and as an introduction to the city and the acting community - it couldn’t have been a warmer or more welcoming experience. Additionally, the role itself was dialogue heavy, so I had a chance to really play as an actor in addition to doing my musical theater thing.

Katherine: Being able to collaborate on a new piece with so many talented actors was a dream!

Jae: The other castmembers!

Rori: Being surrounded by a company of unique and amazing artists

Alex: The ensemble for sure. Every ensemble that works well together is so rich and rewarding.


What was the most challenging part of working on this production?


Bryan: Because it ends in the suicide of a young man, the temptation was to make that the subject of the play, when in actuality it was about both the power and the limitations of friendship

Katherine: Dealing with such a heavy topic like suicide.

Reggie: The singing! My degree is in acting, and while I did musicals in college, I hadn’t taken voice lessons in years, I started with Matt Farnsworth and Mike Maixner during that rehearsal process.

Joseph: The moving set pieces and keeping the scene changes in order!

Asa: The most challenging part was making a well-rounded product with the time and resources we had for tech. Musicals are difficult to program lights for in general because they are usually more cue-heavy and have lots of tech-heavy moments. Therefore, it was difficult to give each scene and each lighting moment the time it needed to make the show well-rounded and keep it visually interesting throughout.

Rori: Figuring out how to give humanity to an unlikable character 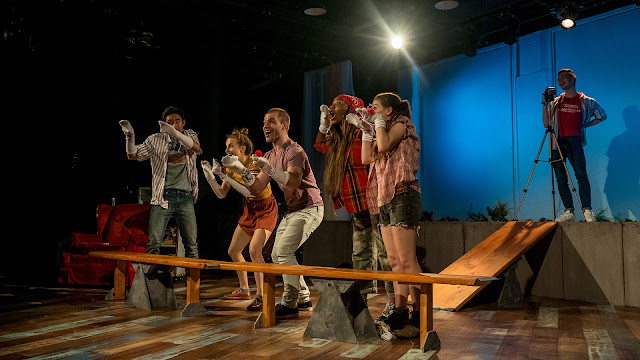 What was the funniest part of your experience working on this production?


Bryan: We had a brilliant set built around a group of seesaws that the cast would often move to change the scene. Sometimes these changes were fairly elaborate and took longer than we would have liked. We encouraged the cast to fill in the silences, and they ran with that so some of the changes became mini-improvisations that were enjoyable scenes in themselves

Reggie: I almost didn’t get the role! I got viciously sick right before the callback, and when I went in I could barely speak. They had to ask the accompanist to play more quietly so they could hear me sing. Luckily, the reads themselves went really well, and they called me in for a special callback on my own once I had healed up a few days later to make sure I could actually sing the part.

Katherine: My role was really a two person role and it would be nothing without Noah!

Rori: We all had a laugh when the announcements told the audience it was a two hour and 45 minute production. Inevitably, someone in the audience would get vocally cranky after hearing that.

Alex: We did an awesome number with sock puppets!

Asa: One of the quirkiest things about the production was that there is a musical number where all the actors are using sock puppets while singing. We had to keep re-teching that scene and re-focusing the lights for it because the puppets weren't landing properly in their lights. In very few other industries are your recurring work problems/aggravations caused by puppets. Also, we had a decent budget for this show (as far as independent theatre goes), but in order to get all the lighting equipment we needed we still had to rent from three different companies, including another independent theatre company (Flux Theatre Ensemble), so that we could get the best prices for all the gear we needed.


Did you gain any insights or learn anything new from your work on this production?


Rori: It was fascinating to watch the writer make edits and cuts during the process. Sometimes you have to "kill your darlings!"

Alex: The importance of intimacy directors, AND the value of a movement director as well as choreographer.

Asa: I learned some new strategies for how to economically place a limited number of lights to effectively cover a large playing space.

Reggie: New York is a lovely place to be an actor! I had heard so much negativity and had so much fear instilled in me by my college professors about what moving to New York would mean, but I’m a year in and I’m still having a great time. It all started with Alex & Eugene!


What did you want the audience to come away with after watching Alex & Eugene?


Bryan: What an inspiring group of struggling young people, I know them (or would like to)


What was it like to work with Isle of Shoals?


Reggie: The friendships that were built was really the best thing about this company! Cliche answer, but truly, the people I met doing this show have become lovely friends, and we still have a little group chat going a year later. Bryan (our writer/composer extraordinaire) gave us so much freedom to improvise and play with the script, and the result was that our characters became so individualized and wedded to who we are as artists.

Katherine: Everyone was just so talented and kind and full of ideas it made the process very special.

Rori: Getting to follow their the careers of the people who worked on the show has been really fun. One girl went straight to her Broadway debut after we closed!

Asa: Their fun, collaborative attitudes and respect for the technical aspects of their productions. 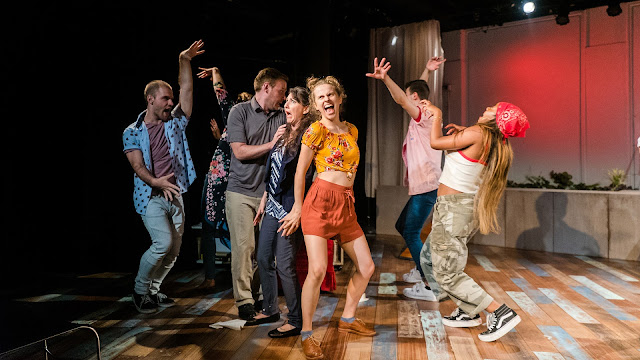 Why are the artists nominated for Alex & Eugene so awesome?


Bryan: The whole project was truly an ensemble effort with everyone supporting and collaborating with each other


Bryan: A validation that all the work and passion we put into the show did manage to reach and was appreciated by the audience

Reggie: So much! I didn’t expect a thing, but it’s lovely for the work we did to be recognized.

Joseph: It is very special that our team was recognized, it was a true ensemble effort.

Alex: That I can hold my own at a big kid job.

Asa: Receiving this nomination is huge for me. I've been hearing about and watching the IT Awards since I first moved to the city about 6 years ago. I've seen people that I looked up to and (eventually) colleagues, get nominated for and win them. Therefore, it's truly thrilling to consider myself of the same caliber of those designers that I looked up to when I first moved here.

Rori: That my hard work isn't falling on deaf ears. Someone is paying attention!

Posted by IT Foundation at 9:55 AM