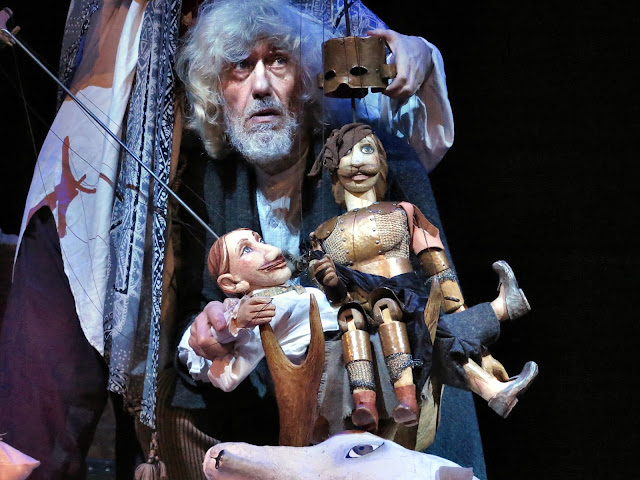 About GOH Productions:
GOH' mission is embodied in their logo, which is the Japanese character meaning “working together under one roof.” That definition informs their collaborative and expansive work. Founded in 1979 as 7 Loaves, Inc, GOH Productions received its new name in 1988. GOH embraces the challenge of nurturing artworks and artistic collaboration, testing the boundaries and borders of all categories. Their primary goal is to work with experimental and interdisciplinary artists to develop a variety of genres. Bonnie Stien is the Artistic Director of GOH Productions.

About Duke Oldřich & Washerwoman Božena, the True Story
This non-traditional staging of a 374 year-old marionette play is based on the story of love at first sight of the 11th century. Duke Oldrich braved stout opposition from friend and foe alike to marry the exquisitely fair washerwoman Bozena. However, he forgot to mention some details of his own marital status to his beloved. The two legendary lovers were truthfully represented by fine hand-carved marionettes and life-like mechanicals fashioned expertly two centuries ago from the choicest linden wood; their manipulators in period costumes were artfully composed in flesh and blood.

What first attracted you to the subject of this production?


Bonnie: The subject matter and the fact that 2018 was the Centennial founding of the Czechoslovakia. We created a festival to celebrate two auspicious anniversaries: the Centennial Anniversary of the founding of Czechoslovakia (1918) and the Millennial Anniversary of the unification of the Lands of the Czech Crown, under Duke Oldrich (1018). The play was proposed by Director and Marionette Master puppeteer Vit Horejs, and was created by the company with his direction. As a producer of many of the company's productions, I was particularly attracted to the stellar creative team including Beata Bocek (music/vocals) who we worked with for the first time; and brought over from the Czech Republic; and Michelle Beshaw a wonderful costume designer and performer who has worked with the company for a while; and Federico Restrepo, lighting designer.

Michelle: I have been working with CAMT for 20 years as a performer and designer. 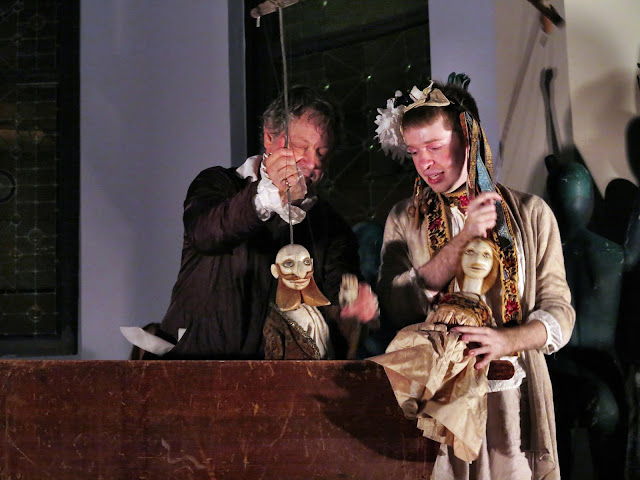 What was your favorite part of working on Oldřich & Washerwoman Božena?


Bonnie: I loved watching the play unfold.. as the characters developed; and casting took on many exciting twists; like Bozena being portrayed by a man. The set elements were great too. Ben Watts is a wonderful physical actor. The whole company was fun to watch as the play took form. It was a tough script, and when it was finally done, I wish it had run longer. The music was one of my most favorite elements; Beata Bocek is a genius!

Michelle: Our process was organic and left room for everyone's creativity.


What was the biggest challenge of this production?


Bonnie: Creating a new play from a story; with no existing script, which is not a new process for this company, but presents challenges in terms of knowing when it is ready for the audience. The space was gorgeous at Jan Hus Church House, but we had to transform the space from a church to a theater and back again, after many of the shows. The company most often works in theater venues, but because the antique marionettes originally came from the Jan Hus Church collection, it was important to perform in their space. So in short the space was a gift and a challenge.

Michelle: Time. I was scheduled for a trade trip to Japan just before tech rehearsals so had to be completely finished before I might normally be. It left too little room for final fiddling.

What did you want the audience to walk away with after watching Oldřich & Washerwoman Božena?


Bonnie: A bit of history that they might not know; a bit of the Czech sense of humor and musical traditions, with some twists. I would like the audience to enjoy and consider how the company presents traditional aspects of marionette theatre with contemporary texts. I also would like them to recognize the complexities of the actors/puppeteers presenting characters that both as puppets and as themselves. This process has been developed by director Vit Horejs with his company members in a very unusual way, that is not often seen in the puppetry world. Horejs is a leader of innovative puppet / marionette techniques and his company are great at performing this style. Also, it would be great if they are stimulated to study a bit of Czech history.


Did you gain any insight or learn anything new throughout this process?


Michelle: Always. I learned a good deal about Duke Oldrich and Washerwoman Bozena. 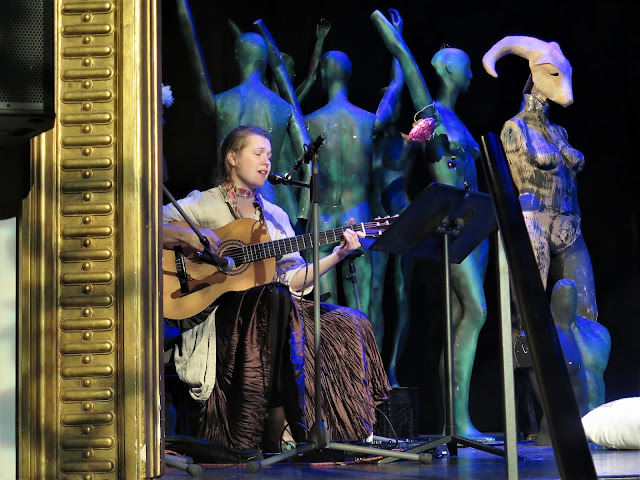 What would you say is the quirkiest part of working on this production?


Bonnie: Actually the set was comprised of mannequins which we got from Materials for the Arts, painted and repurposed by designer Roman Hladik, in a creatively wonderful way; expressing the forest setting of the play. I was a bit skeptical about this set idea, until I saw what was created and how well it worked onstage.

Michelle: I built costumes for the puppets for this production as well as the cast. I love costuming puppets -- if things don't fit or lay exactly right, you have the option of fixing it with a hammer and tack. Not something live performers take kindly to.


Why are Beata and Michelle so awesome?


Bonnie: Beata Bocek is one of the most unique young voices in the field of a style of folk music that both relies on tradition and is contemporary. She makes her own music as well as singing old songs in a new way. Her voice is mesmerizing and magical. She was the perfect choice for our production. And a total pro to work with. Michelle Beshaw is one of the most under-stated smart costume designers I have ever met. She is fearless, creative and always coming up with great ideas within a minimal budget, by combining found pieces with her own touches. I always enjoy watching Michelle develop her ideas as the play unfolds; and she is not afraid to change things when they don't work well seeking the best of all possible costumes for each character, including the puppets! 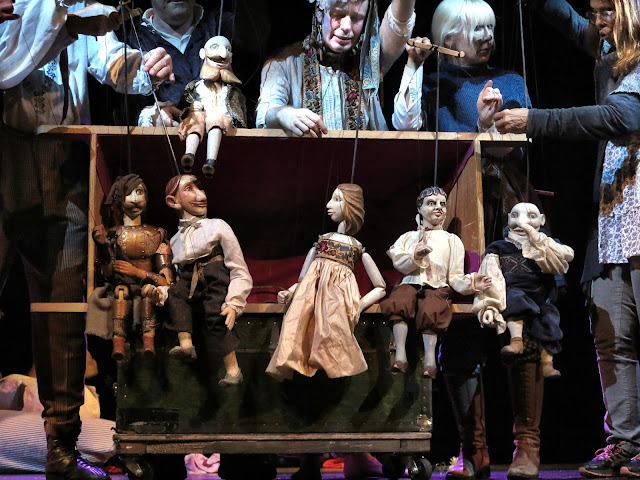 What is it like working with this company of artists?


Michelle: We've built up a lot of trust as a company over the years which frees us to try new things, take risks and challenge ourselves and each other.


Bonnie: The nomination is very very important to our company. Creating and producing marionette and innovative puppet theater is a really growing field. We have been around for over 20 years; and Vit Horejs is a leader in the field, always bringing on great collaborators. For Beata Bocek it is a recognition in the USA, since it was her first trip here and she and her music were so well received. Michelle has one IT Award, but I feel like she deserves as many as there are to give. She always hits the mark in the costume design area. This means the world to her and to all of us.

Michelle: I think of the downtown theatre community as my home planet. It means so much to me to be part of this community and I'm glad and grateful to the New York Innovative Theatre Awards for their continued commitment to and recognition of the work we all do, often with so little. I'm honored and delighted to be included in this year's nominees.

Posted by IT Foundation at 1:15 PM