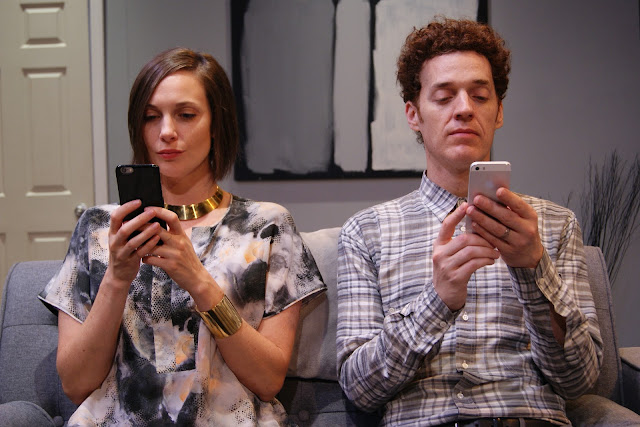 About Worse Than Tigers
Olivia and Humphry have a safe, comfortable, enviable life. Their condo is well-adorned with fancy knick-knacks, their social media presence is meticulously groomed, and they never fight. Or laugh. Or kiss. Or talk very much. Unexpectedly, Olivia’s lover-- id-driven Officer Kirk Patrick --shows up, trailing a man-eating tiger which takes up residence right outside, threatening to devour anyone who opens the door. Tigers may be dangerous, but there might be something worse inside.


What first attracted you to Worse Than Tigers?

Braeson: The complexity of the role brought out a fear in me I hadn't experienced in a while. I felt a personal obligation to explore that.

Shannon: I had worked with Jaclyn Biskup before (director of Worse Than Tigers) and was excited to get back in the room with her. I was particularly interested by the relationship of Olivia and Humphrey: their history, their secrecy, and ultimately the expelling of their deepest truths.

Matthew: I had worked with Jaclyn before and she had reached out about bringing me on board as a designer. After reading the script I really liked the style of the piece and its absurdist nature.

AJ: The whole conceit of the "tiger" in the show was really interesting, knowing that given the constraints we were facing, the sound design was going to play a big role in helping to define that character in the show and how the actors would interact with it.

What was your favorite part of working on this Project?

Braeson: My favorite part would have to be the creative partnership with my co-star, Shannon Marie Sullivan. She never wavered, in rehearsal or performance.

Shannon: My favorite part of this production was getting to play with Braeson Herold. Getting to know him, trust him, and riding the absurd and deeply emotional wave created by Mark alongside him.

Matthew: Our design palette was tight and specific, so it was challenging, but overall it really helped to drive the themes of the piece home to the audience.

AJ: For most of the show, the tiger is just outside of the playing space (just behind one of the doors onstage), so the sound is fairly one-dimensional, and we just get to hear the tiger prowling outside for the most part, but the tiger enters into the house where the main characters live in the middle of Act II. When the tiger comes in, all hell breaks loose, and we're in blackout while we hear these sounds of destruction coming from all sides as we introduce sounds through the surround speakers for the first time in the production. It was a big sequence to build and get everything place spatially in the system, but I think was really effective once we got there. 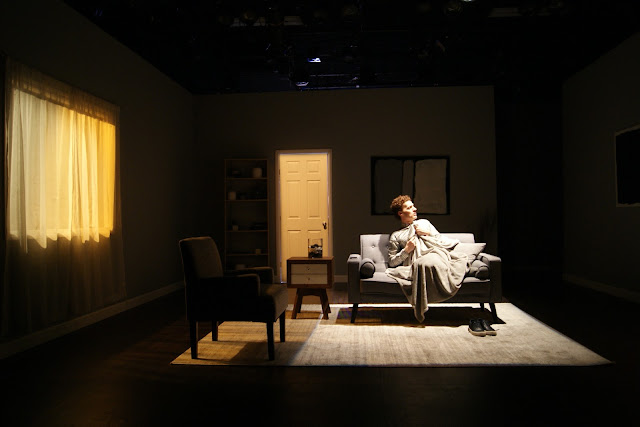 What was the most challenging part of this experience for you?


Braeson: The text was the most challenging, because it veered from farce to realism within moments. The play explores the chaos within a failing marriage... and it's a comedy! It was a process to connect the dots, for sure.

Shannon: Worse Than Tigers is a buffet of theatrical genres. It all comes together in the end (when, in fact, everything falls apart) but justifying the moves from one world into the next was a challenge, especially in the beginning. But it was the kind of challenge that thrills and drives an actor.

Matthew: Getting everything done with a tight budget and small staff

AJ: Probably the transitions. I feel like transitions always tend to be tricky since you're trying to provide some of the glue to bring together the different scenes and weave the stories, but with this one we went through a number of iterations of the transitions until we landed on things that worked for us.


What was the funniest thing that happened during this production?


Braeson: The play is called Worse Than Tigers... throughout the show we hear several roars. One night, we had a roar that scared an audience member, she screamed as loud as the tiger!


Did you gain any insight or learn anything new throughout this process?


Braeson: I learned that instincts can get you far, but trust is what truly creates a memorable experience.

AJ: There's just a lot of heart between all these folks. What I mean is as we were going through rehearsals, and got into tech, everybody was always game to try things, and we could have conversations between departments where we working through difficult moments in the show. Things weren't always easy, but it felt like there were people in the room you could talk to and have conversations with to try and figure things out when we got stuck, and that was really invaluable through the process.

Jaclyn: They are just an incredible group of talented people! 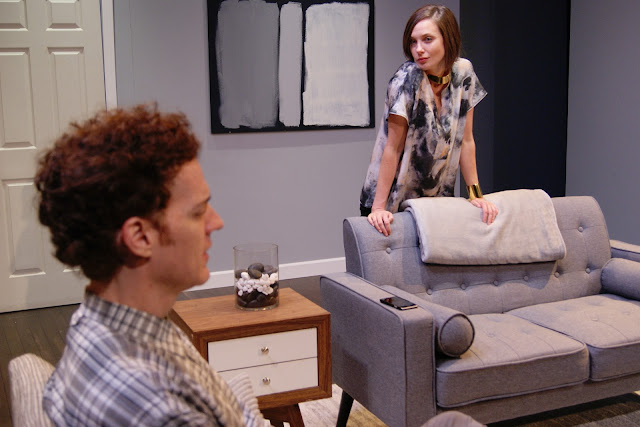 What does receiving this nomination mean to you?
Jaclyn: We are honored to be included in this amazing group of artists.

Braeson: It means the world, honestly. What I set out to create with Humphrey was so personal to me. Knowing others were able to witness that, in a memorable way, will stay with me for a long time.

Shannon: To be recognized for my work by other performers and theatrical artists is a great honor. This play dug deep in to my bones. We all gave our time and hearts to this production because we love the theatre and I am very proud to have been part of it.

Matthew: This is extremely exciting for me, as it's my first nomination of any kind for my work since graduating from Undergrad!

AJ: It's really exciting to be nominated. You know, there's a lot of shows where you burn the midnight oil, and you stress, you tweak, and you try to get things just right, and so to have that work be recognized in some way is really quite special