Hamlet (What Dreams May Come)

About Ript Theater Company
Ript Theater Company is devoted to bringing classic tales to vibrant life through innovative productions, new adaptations and performer centric work. We believe in the power of the words of the great classicists, be they Shakespeare, Moliere, Aphra Behn or Euripedes to move us and deepen our understanding of our world and our times.

About Hamlet (What Dreams May Come)
Four performers embody all of the characters in this innovative new Hamlet: a fast paced, non-stop whirlwind of mind and body as rational thought battles with hysteria. Secret Theater teams up with Ript Theater Company on this exciting production.


Lindsay: Nathan Winkelstein has tremendous facility in classical text, is a smart casting director, and organized producer. I was excited by the prospect of being in his room.

Sarah: I was first approached by our director, Nathan Winkelstein, to be on this production. We had worked together in the past, and collaborated well. I thought figuring out the logistics of a truncated four person Hamlet would be ridiculous, challenging, and just the right kind of puzzle for me at the time.

Chauncy: I wanted an opportunity to work with my friend Nathan Winkelstein.

Nathan: I was interested in the family drama at the core of the play 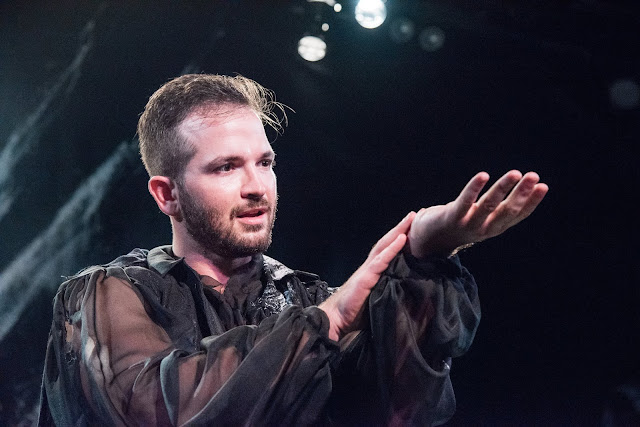 What was your favorite part of working on the show?


Lindsay: The athleticism required of the actors to play the number of roles assigned led to a highly physical interpretation of the text which was exciting to discover with Cat, Nathan, and the entire ensemble.

Sarah: I really enjoyed the freedom of mixing textures that went along with the puzzle of creating such a small scaled show. All of the costumes needed to function as both highlighted characters and background noise that could seamlessly transition from moment to moment while all holding their individuality. This gave me a lot of room to experiment and just see what worked, which was quite engaging.

Chauncy: The camaraderie we developed while rehearsing.

Nathan: My incredible castmates and their immense patience as I moronically attempted to act, direct, adapt and produce all at the same time. Their backs still hurt from carrying me. 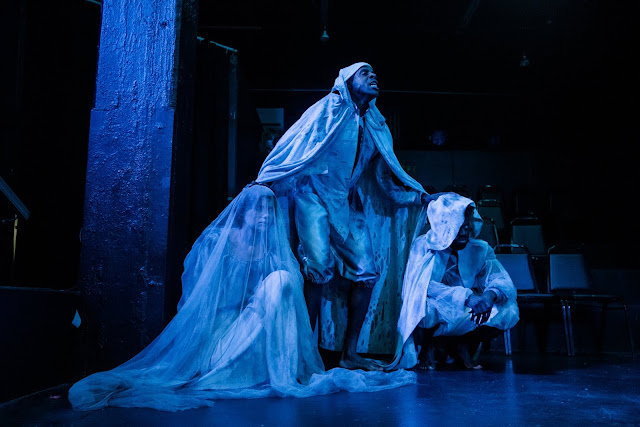 What was the most challenging aspect of this production for you?


Lindsay: I found differentiating Ophelia and Gertrude to be extremely difficult; especially because I wanted to remain as truthful to the text and intention as possible and avoid creating a caricature.

Sarah: As much as making a four person Hamlet was appealing, it was also quite a challenge. We had a strict budget and aesthetic, and fitting costumes that needed to be so versatile and full of texture into that was tough. We had a very restrictive light rig, which washed out almost all of the aging and dye treatments I had done. This resulted in pushing a lot farther than I was used to so things would read in the space. It's difficult to do that, but ultimately opens you up to some crazy paint jobs that you're thankful for in the end.

Chauncy: Honestly, it was trying to maintain my focus while dealing with a breakup.

Nathan: Wearing multiple hats, and as always finding the vulnerability at the core of any successful performance.


What was the most noteworthy part about your experience with this production?


Lindsay: The idea alone to create a production of Hamlet that is 90 min and only requires four actors I believe is undoubtedly innovative and created for a quirky track particularly for Claudius/Polonius and his transitions.

Sarah: I think the most innovative or interesting thing on this production was taking period patterns and using things like gauze, spandex, and soft draped fabrics to create the garments. It's a gamble to make something so structured out of fabric that doesn't always do that, but it worked brilliantly for the pieces I think!

Nathan: Well I am never acting/directing and producing a show again. The level of beautiful, positive ensemble work by the cast in this show was astounding. Many of the most memorable moments of the show came from the minds of the group. 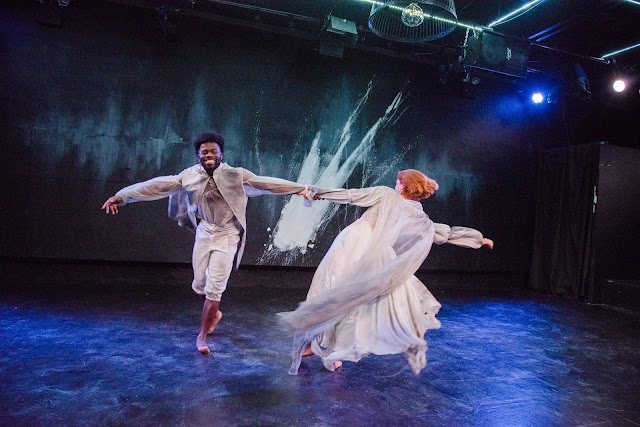 What was the best part of working with this company of artists?


Lindsay: There was not one weak artist in the room and all had a diverse set of skills which lead to the room being highly collaborative.

Sarah: I think the most innovative or interesting thing on this production was taking period patterns and using things like gauze, spandex, and soft draped fabrics to create the garments. It's a gamble to make something so structured out of fabric that doesn't always do that, but it worked brilliantly for the pieces I think!

Chauncy: They gave me plenty of emotional support on and off stage.

Nathan: I wanted to work with pros. Actors with incredible facility but the openness to explore and group as an ensemble. That happened.


Did you gain any insights or learn anything new from your work on this production?


Lindsay: I learned that I have some time before I am ready to properly play Gertrude.

Sarah: I had a wonderful time pushing my boundaries with this project. The entire process was a lot of going with my gut on choices and doing things I wouldn't normally do. I don't typically paint or burn costumes on loading docks during tech, but it was so rewarding to get a show that pushed me to do it!

Chauncy: It was the first time I somewhat felt like I knew what I was doing in a Shakespeare production.

Nathan: Don’t direct and play Hamlet, but if you do, do it with a special group of people. I also learned that truly asking a question is one of the hardest, most vulnerable things you can do onstage. 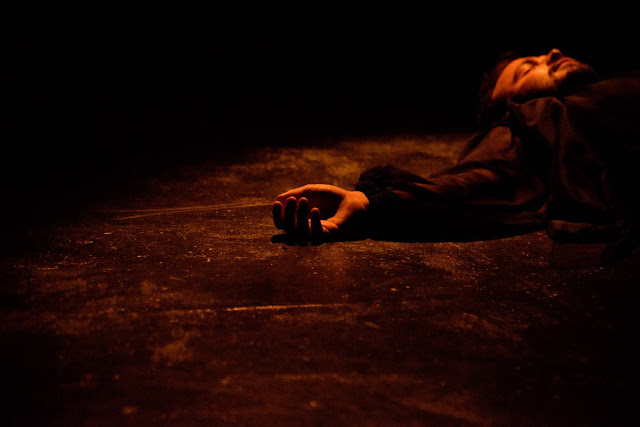 
Lindsay: It is always lovely to receive something that commends your work. It is nice to feel recognized.

Sarah: I'm honestly just flattered to be considered for this. This production was such rewarding experience, that it is just fantastic to be recognized as part of this collaboration.

Chauncy: I'm really thrilled. I strive to be someone who works well in an ensemble, so it's great to know my contributions were noticed.