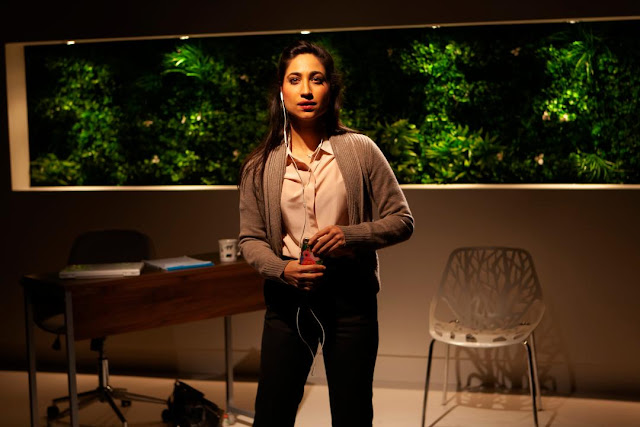 About Whirlwind
Whirlwind centers around Bethany, a health and safety manager for wind developer Arrow Energy, as she is tasked with distracting and diverting the efforts of Michael, a wildlife advocate, from challenging the expansion of their wind farm—an assignment that becomes all the more complicated when the two become romantically entangled, while Bethany also dodges inappropriate courting from her boss, Cooper. Darkly comedic and unpredictable, Whirlwind explores the precarious intersection of business, science, and sexual politics involved when “going green.”

What first attracted you to the subject matter and this project?

Jordan: I wanted to write a play that would draw people in to see our position in the natural world more clearly. My generation is adamant that it wants to respect and protect the natural world but then people get locked into extreme ideological positions that don't necessarily bring us the results we want. All the characters in the play believe they want the same thing, to mitigate climate change and remove the danger to our ecosystems. But then there is the reality of how our own base natural instincts - we too are just animals in the same eco-system- can make that impossible to do. I wrote a play where humor allows the audience to see ourselves more clearly and without the falsity of our social constructions. This play was inspired by the two strongest, most amazing women in my life: my mother and my sister. Both are leaders in the field of sustainability, and inspire me everyday with their tireless commitment to advocating for sound energy policy.


Sarah: I thought the script was really fun, well-crafted, and was about something seemingly unknown to most people. It seemed like a really fun challenge!


What was your favorite part of working on Whirlwind?


Sarah: I really loved the team! Everyone was a joy to work with and it truly felt like a team effort and I think that came through in the cohesiveness of the show.

Jordan: All of it. As a producer there is no greater joy than watching written words on the page brought to life by a dedicated group of talented artists. As a playwright, it is exciting to see how the work evolves as the creative team comes to absorb the layers of meaning and innovate on how to express it best to the audience.


What was the most challenging aspect of this production?

Sarah: The time (I was also an associate producer on this project), and coming up with a non-messy way to create a bunch of decomposed eagle carcasses.

Jordan: The set and properties in the production were hands down our greatest challenge, which makes our nominations in those particular categories all the more gratifying. From creation to execution everything was difficult about the process. It's a testament to talent, drive, and dedication of my producing team, director, and designers that we overcame every obstacle we were presented with - The challenge, how to give a true experience of the beauty of the natural world inside a small interior theatrical space, seemed overwhelming at first. It is so inspiring to have our vision for the production recognized with this nomination.


Did you gain any insight or learn anything new from your experience of working on Whirlwind?


Sarah: Sonya, who made the dead eagles with me, is amazing at the craft and was instrumental in that process - I learned a ton from her about the magic of liquid latex! I also learned a lot about my limitations as a person and that it's totally okay to ask for help.

Sonya: I learned, or rather realized, how important weight can be with regard to props - which, of course, I knew, but had previously only really given great consideration in importance to in regards to designing & making puppets. (You'd think it'd be obvious, but I think we've all got that built-in human ability to overlook a really simple thing for a long time. Which isn't so bad, because then you get these weirdly exciting and clarifying moments where your brain finally flips the switch) 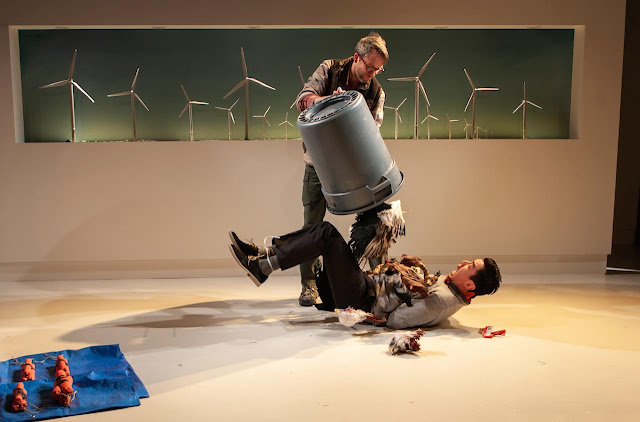 Was there anything notable or ironic about your experience?


Sonya: The first time I met most of the rest of the team, I was crouched under the low dark ceiling of audience seating bank, hands dripping in red, surrounded by stained and scattered feathers and hastily stuffing newspaper and weights into the bloody dismembered prop bird head (a bird which, I have now found out, people did indeed find realistic). It's not particularly innovative, but it was, I'm sure, both concerning and haunting. Way back in high school, I spent a fair amount of free time browsing through various set designs and set designers, and actually remembered being inspired by a few images of work by a set designer named Gabriel Firestone...who is now currently nominated for scenic design for Whirlwind. Life comes at you fast. I DO regret first realizing why I knew his name, and simultaneously meeting him, while , as previously stated, stuffing the innards into an eagle.

Jordan: The ultimate irony is that in presenting a play about environmental compromises that I made one. In our early design conversations my ambition was to not use wood or lumber in the making of our set as a sort of environmental challenge and sacrifice as birds play a central role in the narrative and deforestation is such a big issue for birds. In the end I caved in, and we built the stunning set that was nominated for these very awards. However, I think that experience of letting go of that idea was so apropos and indicative of the great dilemmas we face as a species in terms of our environmental impact. Where do we dig in and where do we compromise? The answer to this question will define not only the future of humanity but also our natural co-inhabitants of our planet.


What did you want the audience to come away with after watching Whirlwind?


Jordan: I want the audience to come away with a greater appreciation for the creatures we share this planet with and therefore to feel more engaged to know more about the challenges we face in terms of juggling our energy needs versus our environmental impact.

Why are Gabriel, Sonya, and Sara so awesome?
Jordan: Whirlwind is an amazing play. It's funny, moving, chalked full of bird puns, and speaks to the current moment of environmentalism like no other play dares to do. Gabriel Firestone is that special kind of visionary artist who only grows stronger as the pressure mounts. He came up with the inspired concept of this award-nominated design in a very short time. Two to three weeks later it was up in the theater in all it's majesty in no small part to his two sturdy hands and many a late night at the theater. The final emotional moment and really the entire journey of the play hinges on the reveal of the bird carcasses that Sarah and Sonya created. They tackled this challenge with care, reverence and dedication and in so doing created the lasting button? audiences will never forget. 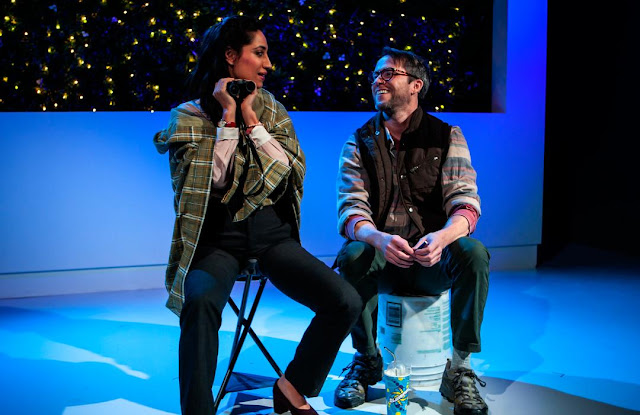 
Jordan: It's a wonderful opportunity to celebrate this play and all our hard work with our friends and my family. It gives me heart that the judges and audiences could share the same passion for the endangered eagles, laugh a little and then be moved to recognize the play and its mission.

Sarah: I haven't been prop designing for long and still have a LOT to learn, so it's nice to be recognized!

Sonya: I moved to NYC less than two years ago without really any contacts, leaving behind all my former classmates and every designer & director I'd worked with over in the UK. As that statement should imply, I'm pretty damn happy about it. A little more than pretty damn happy, maybe.