In honor of it's fifteenth year, the the New York Innovative Theatre Awards presented a very special award, the Founders Award.

This award, which is bestowed in recognition of significant contributions to the Innovative Theatre Foundation, is not given out every year. In fact it has only previously been presented three times. 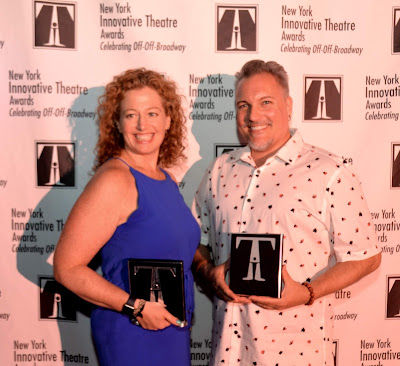 This year the award was presented to two people who have been stalwart members of the Indie Theatre community and an important part of the development of the organization: Publicist and Founder of Kampfire PR, Katie Rosin Green and actor and writer, Christopher Borg.

"Both Katie and Christopher have been dedicated members of the Indie Theatre community. For the past 15 years we have been incredibly lucky that they have shared their passion and skills with our organization. We were honored to be able to recognize their contributions to the It Awards and to the community as a whole," stated Nick Micozzi, Co-Executive Director of the New York Innovative Theatre Awards. 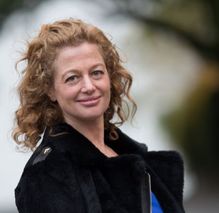 Katie has been a wonderful and thoughtful partner and we are so grateful to her for her many contributions to the It Awards. She has worked with a slew of incredible artists and helped promote so many Indie Productions including: IT Award recipient Children of Eden; GLAAD Award Winner, She Like Girls; IT Award recipient Elizabeth Rex; and Drama Desk Nominee, (mis)UNDERSTANDING MAMMY: The Hattie McDaniel Story. She was also instrumental in the launch of the Broadway musical Brooklyn and the National Tour of Mother Load. She was on the publicity team for the comedian, Jerry Seinfeld, and his movie Comedian. Check out her website: www.kampfirefilmspr.com 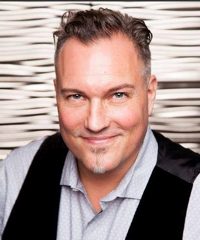 If you have met Christopher, you will not forget him. He has a huge personality and an even bigger heart. He is a performance artist, writer and director, who has shared his talents with many Indie Theatre companies including: Emerging Artists & TOSOS with whom he received 2 OOBR Awards, and nominations for a GLAAD Media Award and an HX Award for directing the celebrated Bernadette & The Butcher of Broadway. Borg, (as he is affectionately known) was also a member of the NY Neo-Futurists where he co-created the autobiographical (NOT) Just A Day Like Any Other which received the 2009 New York Innovative Theatre Award for Outstanding Ensemble as well as the critically acclaimed experimental docutheatre piece Locker #4173b.

The New York Innovative Theatre Awards has has benefited many times over because of their generous and steadfast contributions. Thank you Katie and Christopher for your years of dedication and all you do to help elevate our community.