About Isleof Shoals
The Isle of Shoals motto is “Theatre for Discovery.” Since its founding, Isle of Shoals has maintained a commitment to developing and producing pieces (from brand new to ancient), which might otherwise never or seldom get to see the light of day in our present theater ecosystem. The works Isle of Shoals gravitates towards are those which celebrate the human spirit and enrich the artistry of early and mid-career theater professionals of every stripe and creed. We pride ourselves on being the inclusive theater company that says “yes” to brilliant new ideas that are elsewhere met with echoing “no”s.

About Catch the Sparrow
A gripping drama about a rebellious son and his dying father trying to reach out to each other before it's too late. In this powerful and resonant new play, written and directed by Alex Mace, a family, torn apart by grief and blame, is forced to settle their differences and learn the true worth of family and, whats more, what it means to forgive and let go.


Meredith Sweeney and producer Bryan Williams shared some insights into the process of presenting this new script.

What first attracted you to this project?


Meredith: Based on the audition notice, I knew it was an original work that seemed to be a small but mighty character-driven family drama in an intimate setting. And who wouldn't want to do that?

Bryan: The complexity of the family situation is both universal and specific.


Meredith: I loved being a part of the first production of an original play. The script shines light on the tough and ugly parts of being a family (of being a human) and I got to work with a company of humans who jumped fully into this challenge with such joy and love. Together, we created something brand new and moving that had never been done before and I will always carry that with me.

Bryan:  Watching the growth of the actors as they took the naturalistic dialogue and elevated it to the realm of poetry. Also when the audience learns at the end of the first act that one of the characters died years ago, I loved listening to them explaining to each other their own interpretations of what it mean.


What was the biggest challenged you faced while working on Catch the Sparrow?


Meredith: I found the most challenging part to be the same as the most exciting part- bringing this character to life for the first time with the writer always in the room. I have a profound respect for writers and felt a great responsibility to honor his story. It's exciting to be able to collaborate with a director/writer who is so giving of his time and open to other perspectives... But it's challenging because there are no rules or guidelines to creating something new and you don't want to get carried away and step on toes, cross a line, or completely miss the mark and disappoint the person who is there with you at rehearsals, trusting you with these words.

Bryan: As in any new production, there are changes to the text and these, particularly if they come late in the game, created challenges for some of the actors. 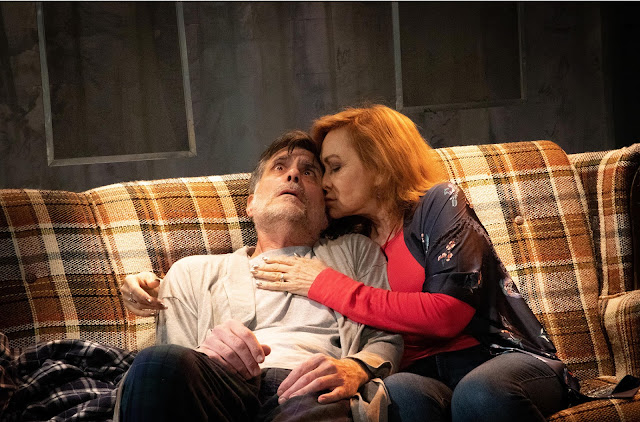 What did you want the audience to walk away with after watching Catch the Sparrow?


Bryan: How richly complex and happy-sad is the story of any family.


Bryan: Meredith lit up the stage whenever she came on. She is not just a wondrous actor, but a joy to work with. Though she had fewer scenes than the others, her patience and enthusiasm never failed.


Meredith: We became our own little dysfunctional/functional family unit during this process. For example, my birthday fell on one of the tech rehearsals. Earlier that morning, I had totally bombed an audition and had just had kind of a rough day, so I wasn't feeling great when the Stage Manager called the cast to the stage for last minute notes. To my complete surprise, the "notes" turned out to be the cast and crew singing happy birthday to me while the director held a candle-lit birthday pie (who needs cake??) Because of the kindness of that group of people, I was able to reboot, refocus, and feel loved in the process. And that's pretty noteworthy. 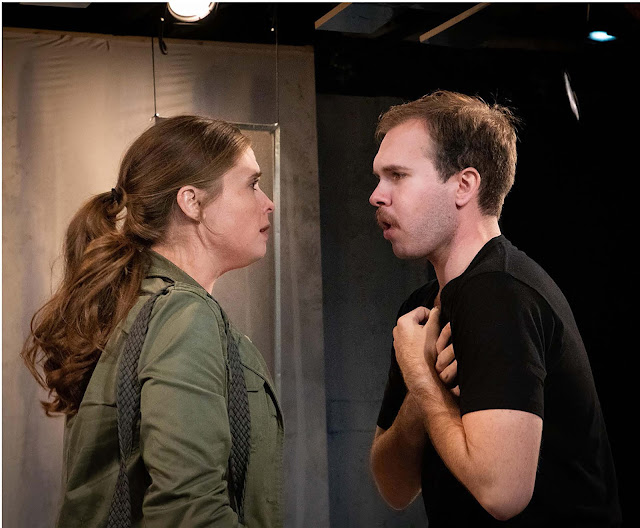 
Bryan: Giving a young playwright a chance he might otherwise not have had in the immediate future.

Meredith: You know the expression "It's an honor just to be nominated"? Well it is. I mean, I was completely floored. It's very easy to feel disconnected and alone as an artist and actor in this city. For me, receiving this nomination is a reminder that there is a greater and great community out there, that we're all apart of it, that I am a part it. And that is truly an honor.